The Norwegian farmed salmon price dropped for the fifth consecutive month in September 2022, falling by NOK 3.1/kg (-4.8%) m-o-m in August 2022 to a 10-month low of NOK 62.4/kg. The price has continued to correct, following the record high of April 2022, reflecting subdued demand with price-squeezed consumers substituting towards comparatively more affordable sources of animal protein. Notwithstanding, the September 2022 price increased by NOK 11.8kg (+23.4%) y-o-y, gaining support from tight global inventories and pressure on the Norwegian biomass, caused by high costs and disease outbreaks. It was also related to a comparatively higher proportion of larger sized, more expensive salmon being diverted through the foodservice channel, rather than the retail sector.

Meanwhile, Mintec’s Chilean salmon price contracted by USD 0.4/Ib (-5.3%) m-o-m in September 2022, to a nine-month low of USD 7.09/Ib. The dip is partly attributed to the continued strength of the USD against all other major currencies. Indeed, the strength of the greenback contributes to higher salmon inventories, as it disincentivizes non-USD denominated procurement. US salmon demand has also been weakening, as domestic consumers look for more affordable, shelf- stable seafoods, such as canned tuna. However, the September 2022 price increased slightly by USD 0.1/Ib (+1.7%) y-o-y, as comparatively thinner demand was outweighed by reduced farm productivity caused by high fish mortality rates and reduced number of workers. 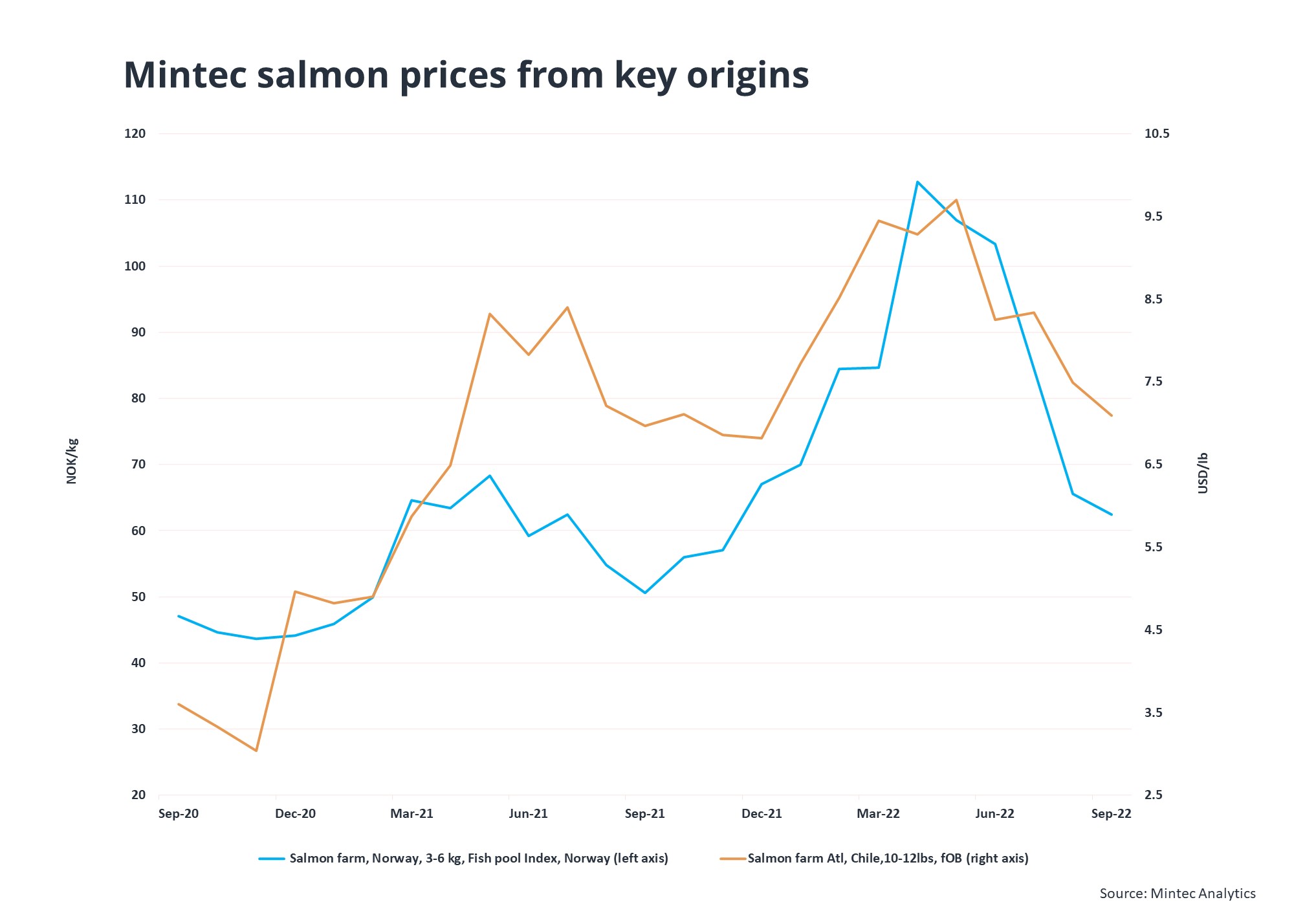