On the 30th of October, Russia suspended the grain corridor deal in response to an attack on its Black Sea fleet. The grain corridor deal negotiated by Turkey and the United Nations was scheduled until the 19th of November with the hope of extension. However, now that Russia is pulling out of the deal, carriers will be reluctant to go into the war zone, and thus the total shipments out of the Black Sea will be severely lower than initially expected. According to market participants, grain and oilseeds exports via land could range between 1-1.5 million metric tonnes, significantly below the target of 4.5-5 million metric tonnes per month from Ukraine. Thus, the supply fears caused Chicago wheat and corn futures prices to rise by 6.7% and 2.5%, respectively, early Monday, 31st October.

As previously reported, the world supply and demand balance sheet depends on wheat flow from the Black Sea and will be the major deciding factor for wheat prices going forward. The adverse weather in Australia and Argentina (two major wheat exporters) are not easing the supply-demand balance sheet situation. Corn fundamentals are also impacted by the Black Sea grain corridor, as Ukraine is a major corn exporter in the world market. According to market players, corn is a bigger worry for the EU market than wheat, as the peak season for Ukrainian corn is approaching. A Mintec source noted, “The suspension of the deal will most likely make Ukrainian domestic grain prices cheaper as they have a plentiful supply. If the overseas buyers are willing to risk it, they could get it very cheaply.” Another worry is that the suspension of the grain corridor deal will exacerbate the problem of food shortages in the world's poorest countries and further increase global price inflation.

However, despite the deal’s suspension, 12 vessels carrying 354.5 thousand tonnes of agricultural products left Ukrainian ports on the 31st of October, and four vessels are heading for loading at the Ukrainian ports. It is still unclear how Russia will react to the shipments after halting the deal. According to market players, “It’s risky and dangerous timing right now, Russia might send a strong message.” 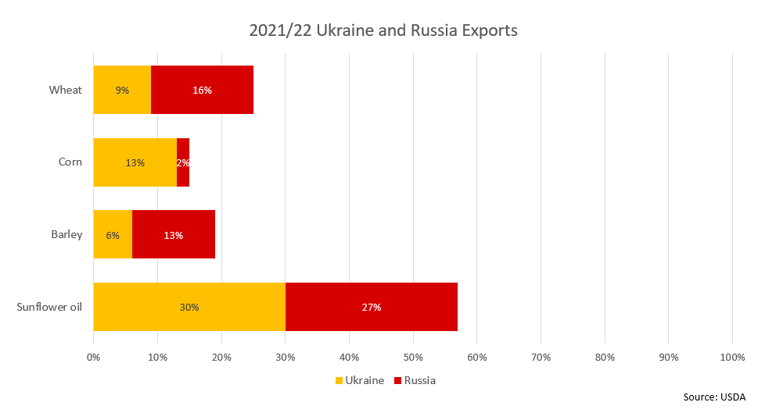