Despite the global cost-of-living crisis weighing on consumer spending power, the NSC notes robust demand for Norwegian seafood during August 2022. Compared to the same period of 2021, at-home consumption is falling, in contrast to rising demand at restaurants, hotels and other foodservices vendors. This is consistent with more people travelling, taking holidays, and eating outside of the home. 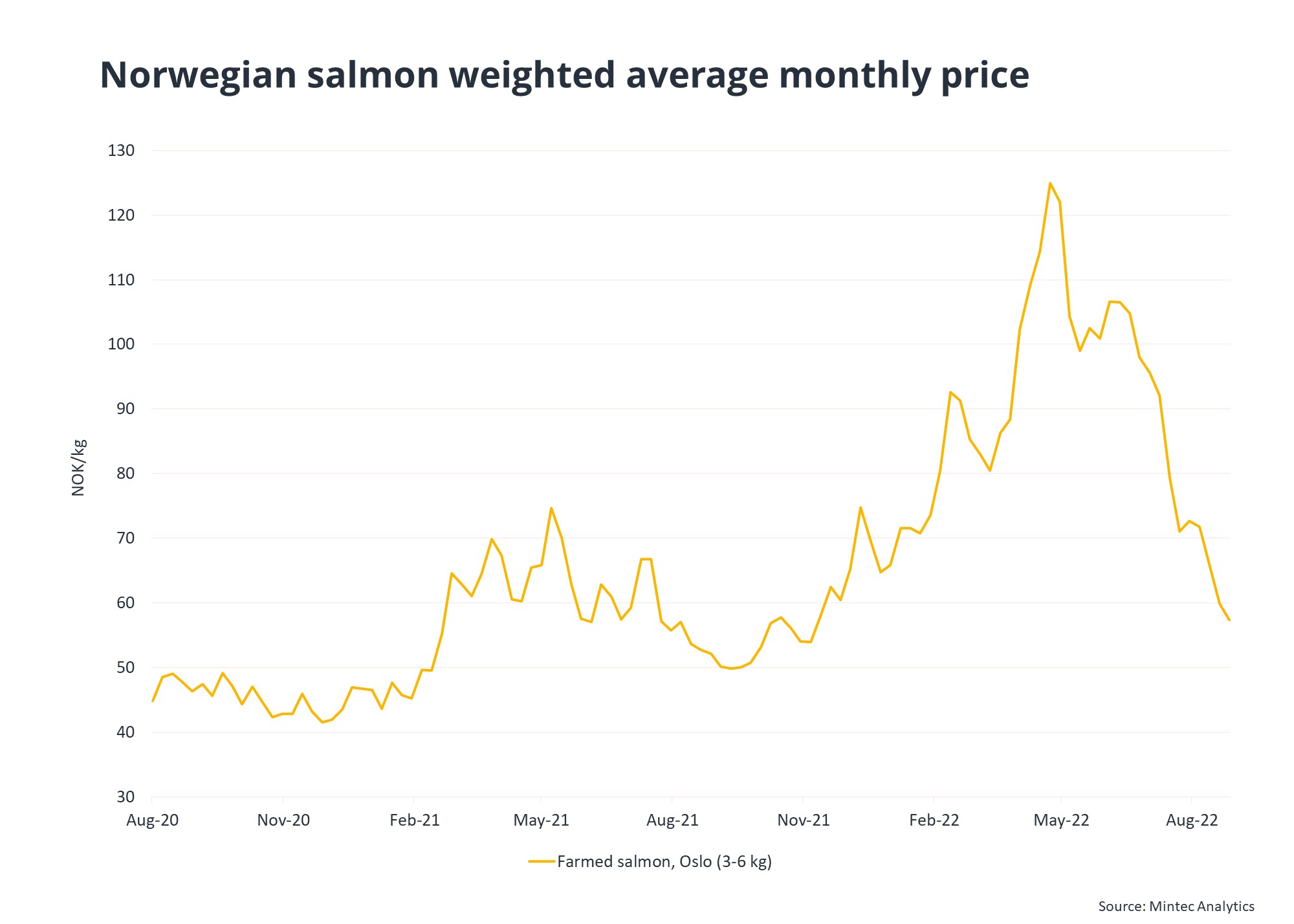