The average price of Polish apples rose by 15.7% m-o-m to EUR 0.28/Kg in August 2022, supported by continued market uncertainty and rising costs. The Russia-Ukraine conflict continues to weigh on the global apple supply chain, as supply fears intensify and uncertainty remains surrounding the availability of raw materials, demand and trade. The Polish apple market was affected directly by a drop in export demand after being unable to export to two of its major traditional markets, Russia and Belarus. On 29th June, Belarus extended an embargo until the end of 2022 (introduced initially for six months from Dec ‘21) on fruit and vegetable supplies amongst other EU products. As a result, Polish growers are seeking alternative markets to expand export growth, such as Malaysia, which is expected to become Poland's latest apple market destination.

European apple prices have also risen because of significant growth in production costs, which were further exacerbated by the conflict, particularly for energy (electricity, natural gas and fuel), and fertiliser prices, two key inputs for apple production.

Despite the price rise, according to estimates by the World Apple and Pear Association, European apple stocks stood at 535,521 tonnes on the 1st of July 2022, up 16.5% y-o-y. Additionally, preliminary estimates for European apple production in the 2022/23 season present a rise of 1% y-o-y and 9% higher compared to the previous three-year average of 12.2m tonnes, thus, this could ease price movements in the remainder of 2022. Other commodity prices have risen in price too recently. 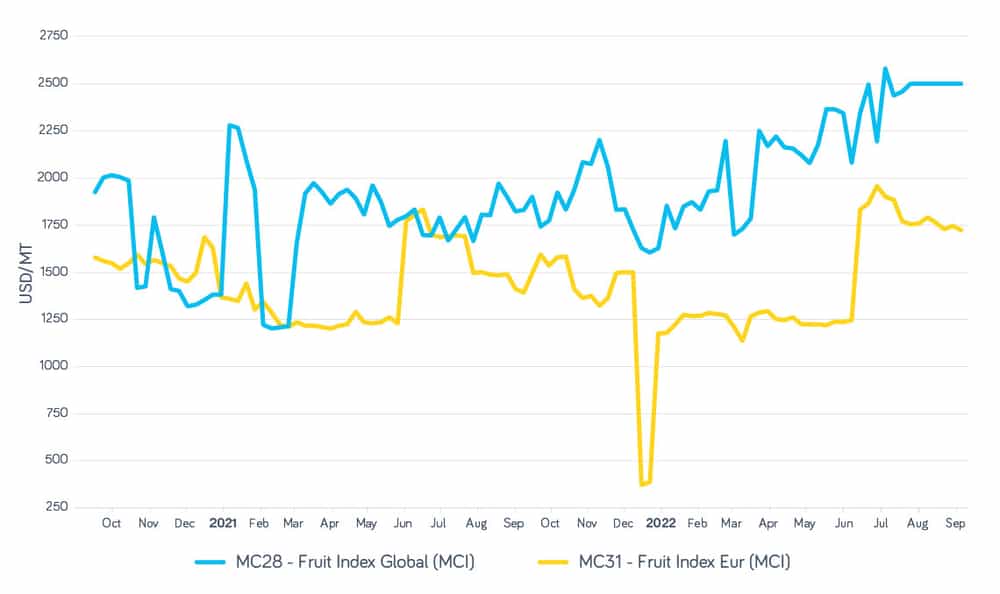