Despite dipping by NOK 2.87/kg (-9.9%) month-on-month (m-o-m) in August 2022, Norwegian cod prices continue to trend around all-time high levels. Indeed, the weighted average catch price of NOK 26.13/kg for Norwegian vessels in August 2022 was the second highest price recorded by Mintec since the series was first tracked in February 2007. Prices remain well supported due to low availability caused by slow fishing, in contrast with relatively firm demand.

A 20% reduction in the Barents Sea cod quota for the 2022 calendar year – representing 172,000 tonnes – provided further impetus into a market already buoyed by high fuel and logistics costs. The Barents Sea fishery, shared by Norway and Russia, is an important cod exporter to Europe. Thus, a reduced catch quota, alongside European sanctions on Russian trade, following its invasion of Ukraine, has significantly tightened supply and further bolstered ex-vessel prices.

Most market participants see further upside price potential for the remainder of 2022, particularly as larger cod are typically harvested in Q4, which tend to fetch the highest prices of a calendar year. Meteorological concerns underline this bullishness, due to adverse weather disrupting harvest progress. Cod demand also tends to peak towards the end of the calendar year, ahead of the western hemisphere Thanksgiving and Christmas celebrations, in addition to the Chinese Lunar year celebrations that take place in February. 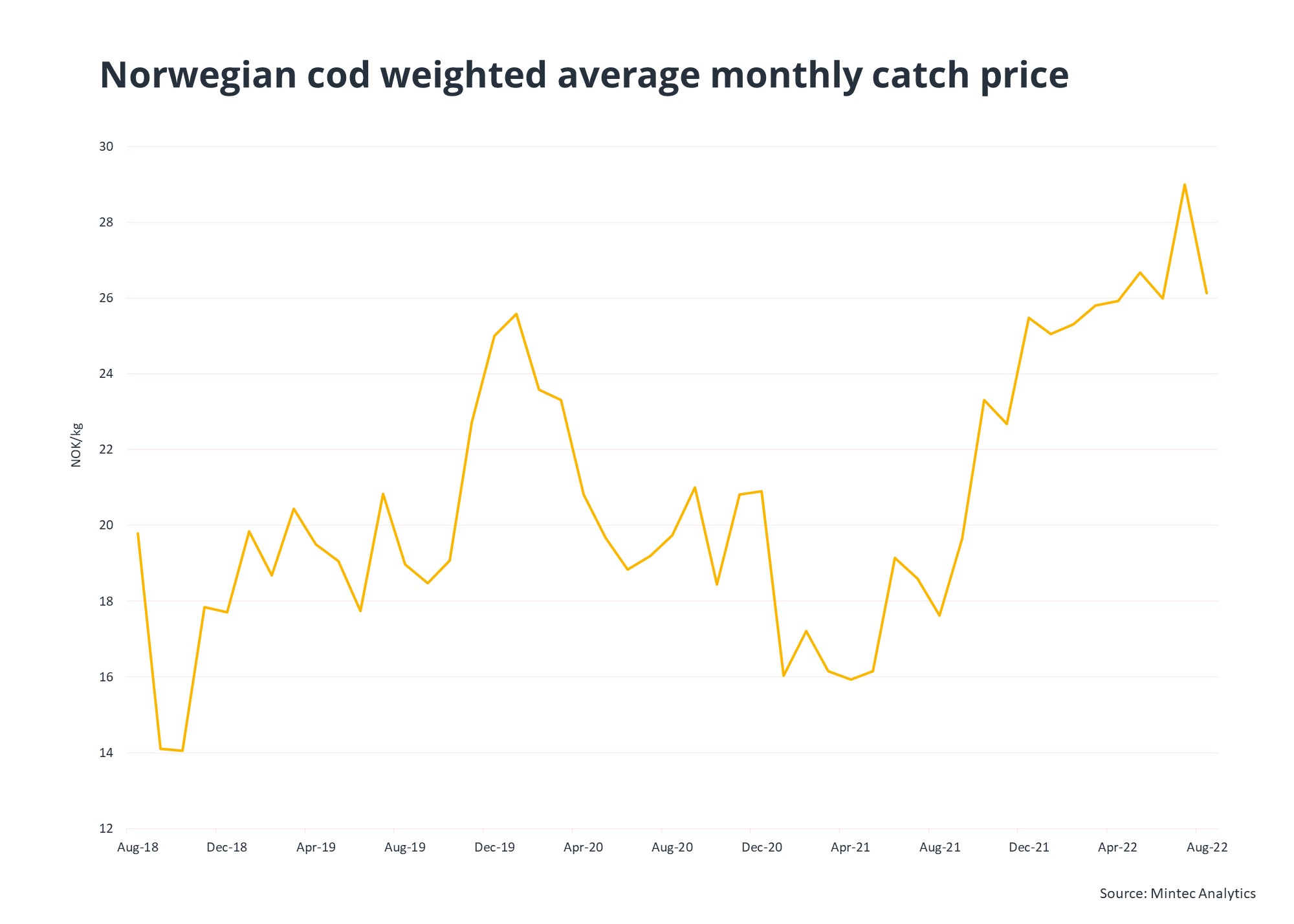