The effects of the global cost-of-living crisis appear evident in the Norwegian cod industry, which is the largest supplier to the European market. At 174,791 tonnes, Norwegian cod exports fell by 7,136 tonnes (-3.9%) y-o-y during the first-five months (5M) of 2022. The reduction in exports surprised some market observers, particularly as Norway increased cod landings by 2.5% y-o-y during the first half of 2022 (H1 2022) to approximately 273,00 tonnes. However, high inflation and reduced purchasing power across Europe weighed on cod procurement.

There have been some positives for Norwegian cod exporters during the 2022 calendar year. Portugal consolidated its position as the largest market for Norwegian cod, with 58,952 tonnes imported in 5M 2022, representing y-o-y growth of 14,974 tonnes (+34.0%). This consisted primarily of dried and salted products, which are popular among Portuguese consumers. The relative affordability, and long shelve lives of dried products have been key considerations for households during the cost-of-living crisis.

Conversely, Norwegian cod exports to Denmark, a regional hub for seafood processing and re-exportation, fell by 5,483 tonnes (-13.3%) y-o-y during 5M 2022, to 35,645 tonnes. This reflected lower capacity utilisation in the Danish seafood manufacturing sector, due to high fixed costs and input costs. Similar dynamics were evident in Netherlands and Poland, which are also important processing countries.

Firm supply, alongside tepid export demand, contributed to the quarterly average price of Norwegian cod contracting by NOK 162/MT (-0.6%) quarter-on-quarter to NOK 25,975/MT during Jun-Aug ’22. However, the latest quarterly cod price surpassed the same period of the previous year substantially by NOK 7,519/MT (+40.7%), due to cost inflation. 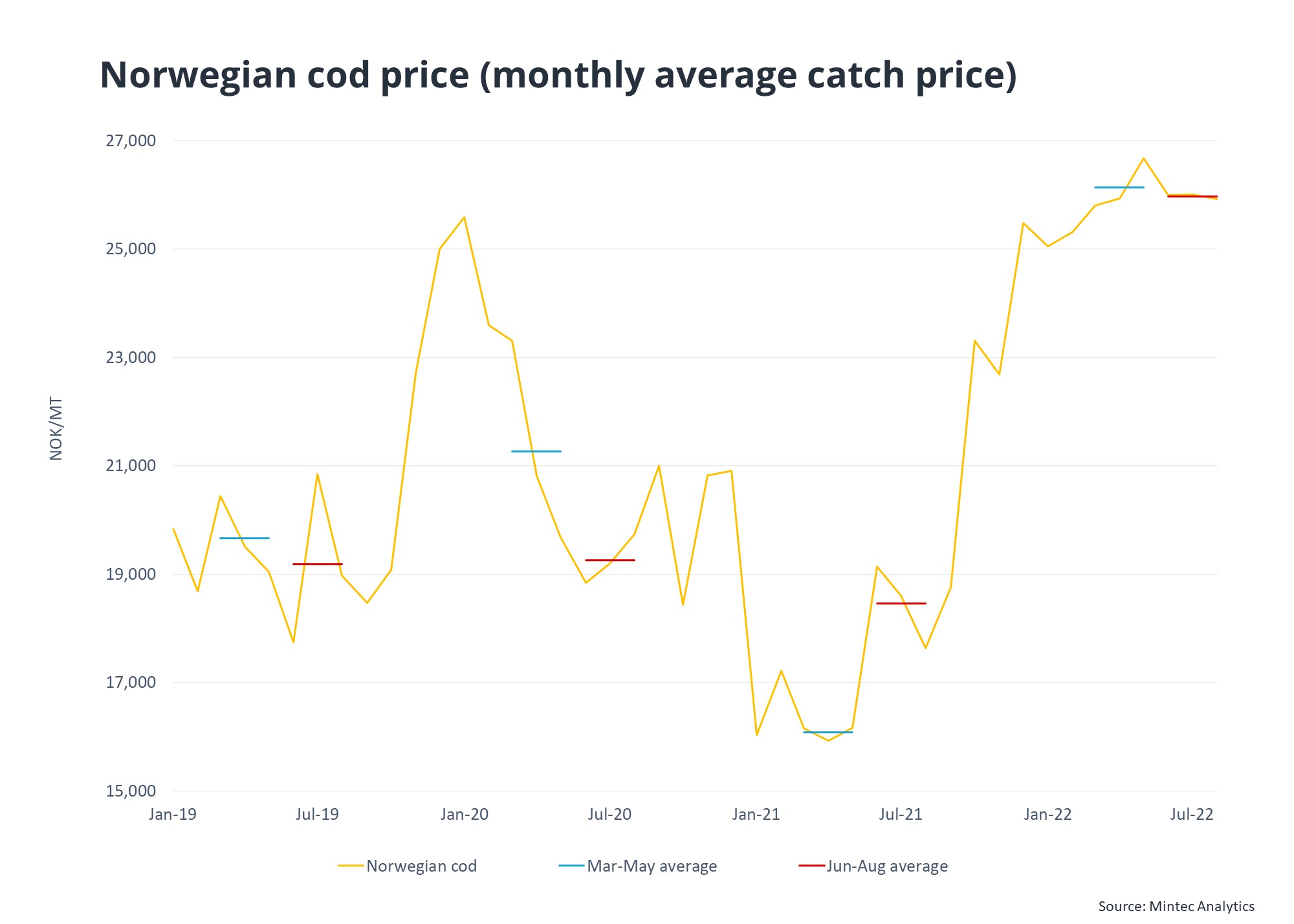