Norway exported 54,321 tonnes of fresh cod, worth NOK 2.7 billion (EUR 256 million), during the 2022 calendar year, according to data released by the Norwegian Seafood Council (NSC). This represented a volume decline of 8,843 tonnes (-14%) year-on-year (y-o-y), attributed to slower demand from the European market that absorbs 100% of Norwegian fresh cod exports. Denmark, Poland and Netherlands, in particular, serve as key hubs for importing raw cod material from Norway, that are processed into value-added cuts and re-distributed to various channels throughout Europe.

Elevated plant costs, related mainly to surging energy prices, forced many processors to significantly lower utilisation rates during 2022, which resulted in decreased export demand for fresh cod. Indeed, Danish imports of fresh Norwegian cod contracted by 4,380 tonnes (-12%) y-o-y in 2022, while exports to Poland fell by 3,500 tonnes (-25%) during the same period. Moreover, high headline Eurozone inflation, which peaked at 10.6% in October 2022, prompted many European households to scale back spending on ‘non-essential’ foods in favour of ‘shelf-stable crisis’ staples, such as rice, pasta and tinned tuna. This was further compounded by reduced footfall at restaurants, bars and other foodservice vendors, where larger cod fillets or loins are typically consumed.

Notwithstanding, the total NOK-denominated export value of fresh Norwegian cod exports increased by 14.5% y-o-y in 2022. This was partly caused by a comparatively weaker NOK, which depreciated by an average annualised rate of 5.1% y-o-y against the EUR during 2022. This meant that EUR-denominated seafood exports increased in value when re-converted to Norwegian currency. This was magnified by the cost-led global food inflation that accelerated from late-Q1 2022. Tight supply, attributed to a reduced catch quota and continued disruption from the war in Ukraine, presents further upside price risk for Norwegian cod during the 2023 calendar year, even if demand remains somewhat muted. 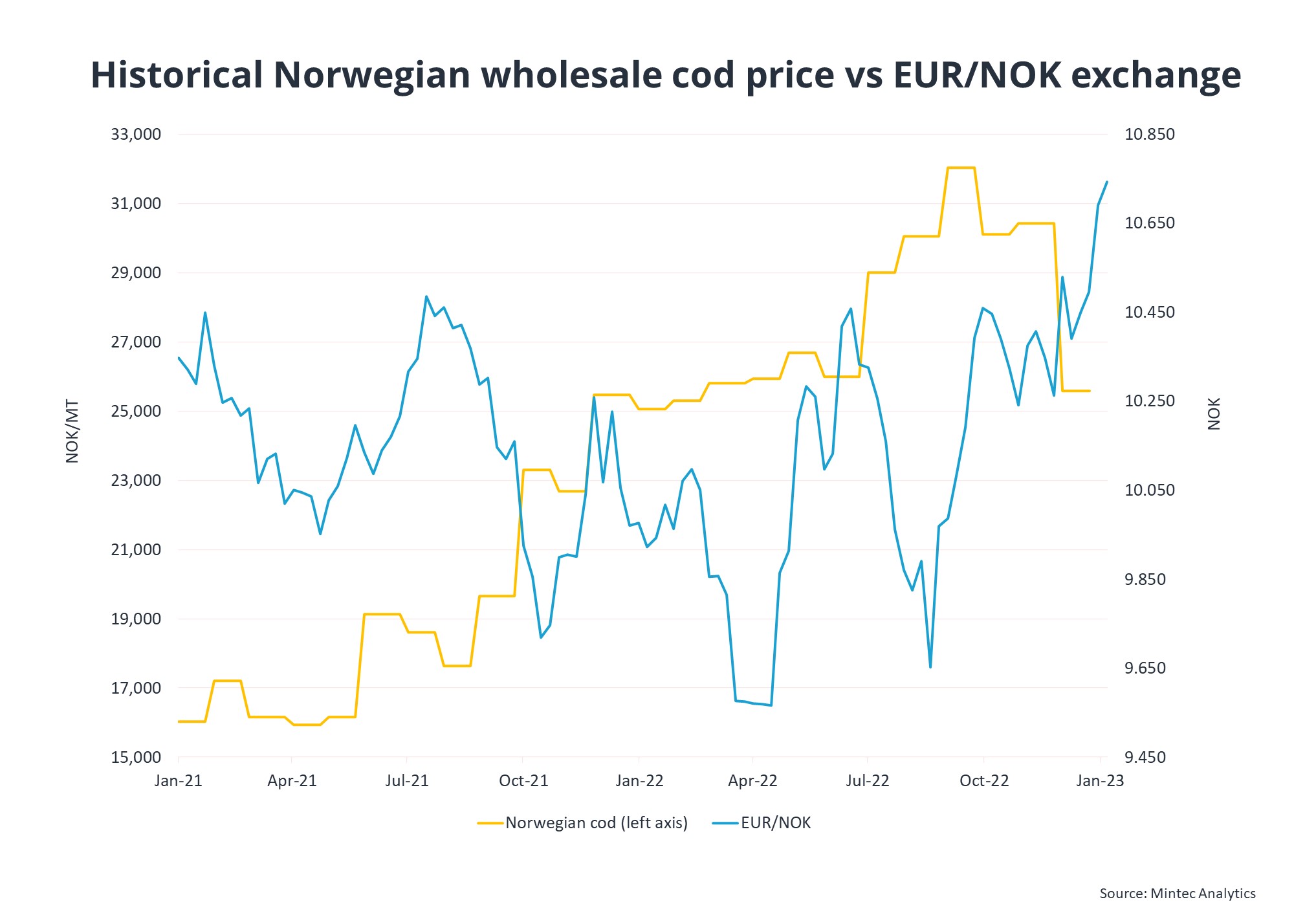