The UK was a key market for Norwegian frozen cod in July, according to the NSC. The UK officially enacted a 35% import tariff on Russian seafood in July, supporting a shift towards Norwegian cod imports from UK-based stakeholders that has been transpiring since the beginning of the war in Ukraine. The NSC reported that its exported 1,200 tonnes of frozen cod to the UK in July, representing an increase of 459,000 tonnes (+62.1%) y-o-y. China was another important market for frozen Norwegian cod, in addition to Denmark, an important European seafood processing hub.

Norway exported 1,200 tonnes of dried, salted cod in July 2021 worth NOK 78 million (EUR 7.9 million). The export volume increased moderately by 57 tonnes (+5%) y-o-y, while the aggregate export value increased by NOK 26 million (+50.0%) y-o-y, or by EUR 2.9 7 million (+59.4%) y-o-y. Portugal, Italy and Spain increased shipments from Norway during this time, while exports to Portugal, the largest European market for dried cod products, fell by 27 tonnes (-4.3%). The average FOB Oslo prices for whole salted cod topped NOK 75 for the month of July, which is the first time this has happened, and likely to have deterred some Portuguese buyers.

Following a three-month rally, the average EUR value depreciated by 4.4% against the NOK m-o-m in July. At NOK 9.87, the Norwegian currency traded below NOK 10.0 for the first time since the start of the war in Ukraine. The NOK has strengthened largely on the back of the Norwegian Central Bank adopting a more aggressive monetary policy in contrast to the EU Central Bank. Approximately half of Norwegian seafood trade with mainland Europe is EUR-denominated, which reduces the competitiveness of NOK-denominated cod exports when converted into Euros, and vice-versa. 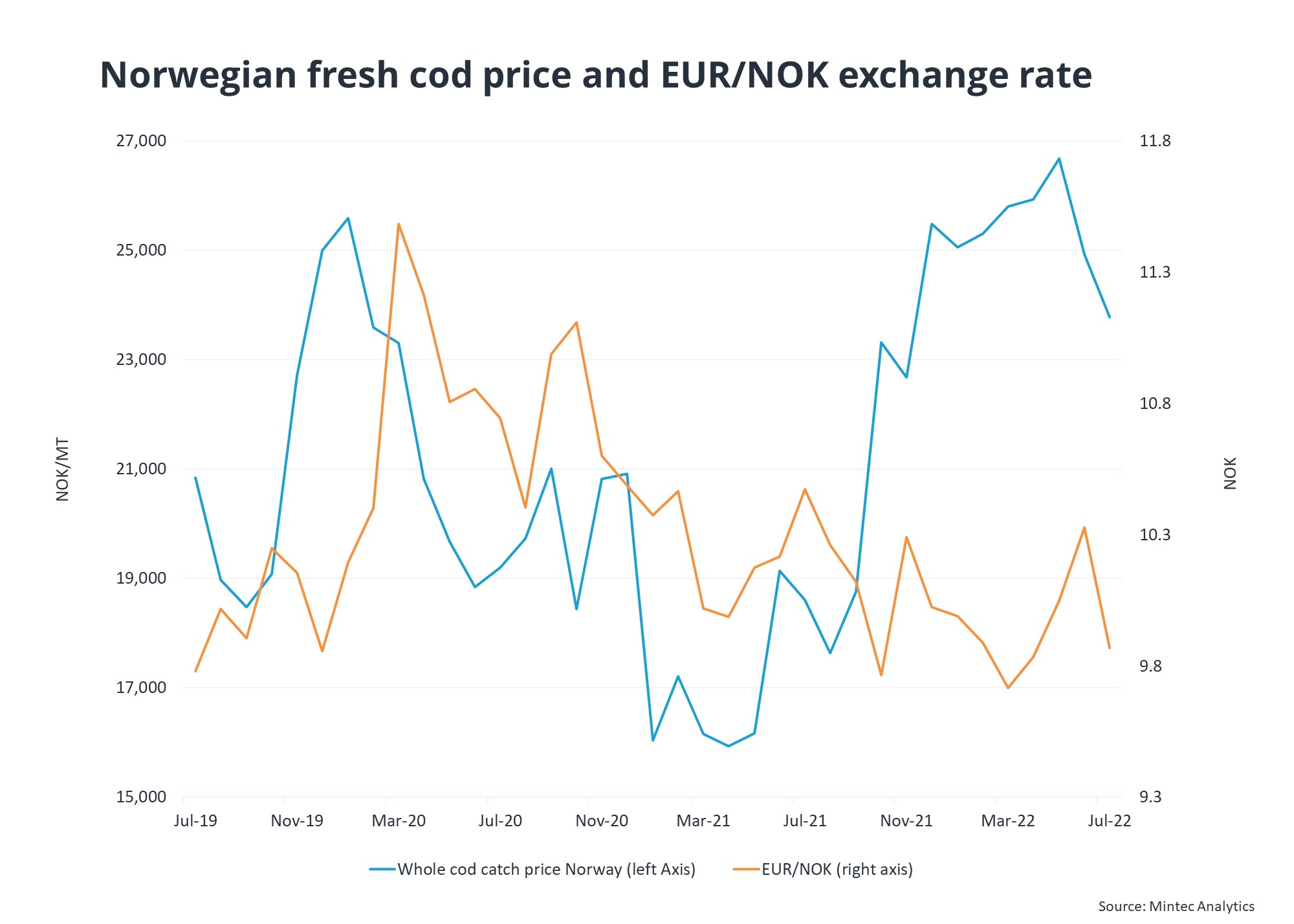