Market fundamentals indicate an upward market trend, since EU cheese production declined by 1% year-on-year during H1 2022, to 4.7 million tonnes. However, market uncertainty remains with very limited trade during the summer. As most buyers were adequately covered ahead, lower-than-expected cheese volumes were traded during August. Buyers and sellers still have a wait-and-see approach. Consequently, EU cheese prices remained relatively stable during the four weeks to date (8th September), compared to spring 2022.

Some EU milk processors prioritised cheese production, over other dairy ingredients, as it offers the most stable returns, supported by strong exports and high demand for whey protein concentrate products (a cheese by-product). However, more butter and SMP are expected to be produced in Q4 2022, at the expense of cheese production, due to their higher valorisation. This expected drop in production is likely to support EU cheese prices during Q4 2022, but the cost-of-living crisis may hinder demand. Therefore, market uncertainty may prevail. 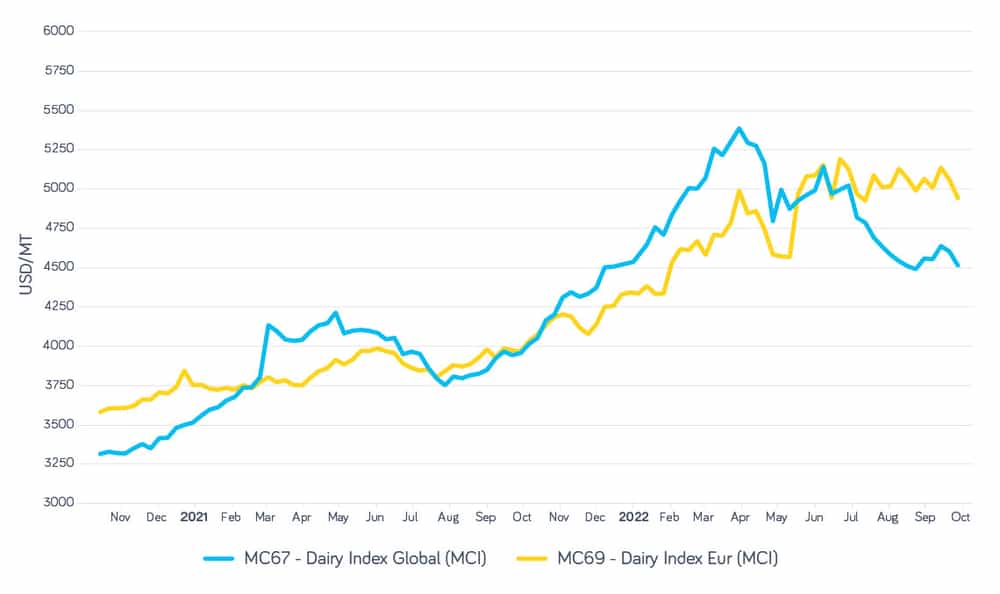