Russia is the world’s largest exporter of Alaska pollock, accounting for 55% of annual global catches, most of which is processed in China and re-exported around the world. Russia harvested 761,000 tonnes of Alaska pollock in Q1 2022, representing a 41,000 tonnes y-o-y increase (+5.7%), which was largely driven by robust Chinese imports, as China relaxed its restrictions on inbound shipments of Russian seafood that had been in place during most of 2021.

Firm Chinese demand was a key factor in the Russian price of Alaska pollock averaging a monthly record high of RUB 144.1/kg in March 2022. The March price was also supported by supply uncertainty pertaining to the Russian invasion of Ukraine in February 2022. However, Mintec’s price for Russian-caught Alaska Pollock has since contracted, falling by RUB 12.5/kg (-12.5%) over the following two-months to RUB 131.6/kg in May 2022. This was mainly due to Chinese demand faltering, amid resurgent COVID-19 cases, in addition to a shortage of coal-powered energy, which China relies heavily upon.

Chinese imports have been further curbed by exchange rate movements with the Chinese yuan (CNY) weakening, while the rouble (RUB) has strengthened considerably against all the major currencies since mid-March 2022. Indeed, the RUB appreciated respectively, by 21% against the USD, and by 123% against the CNY during the two-months ending 31st May 2022. This makes Russian exports less desirable, thus raising the prospect of domestic oversupply. Russia harvested 761,000 tonnes of Alaska pollock in Q1 2022, representing a 41,000 tonnes y-o-y increase (+5.7%), although the harvest pace is expected to ease through Q2 2022, due to the situation in China. Notwithstanding, Russia faces a short-term surplus of Alaska pollock with limited outlets in the international market. 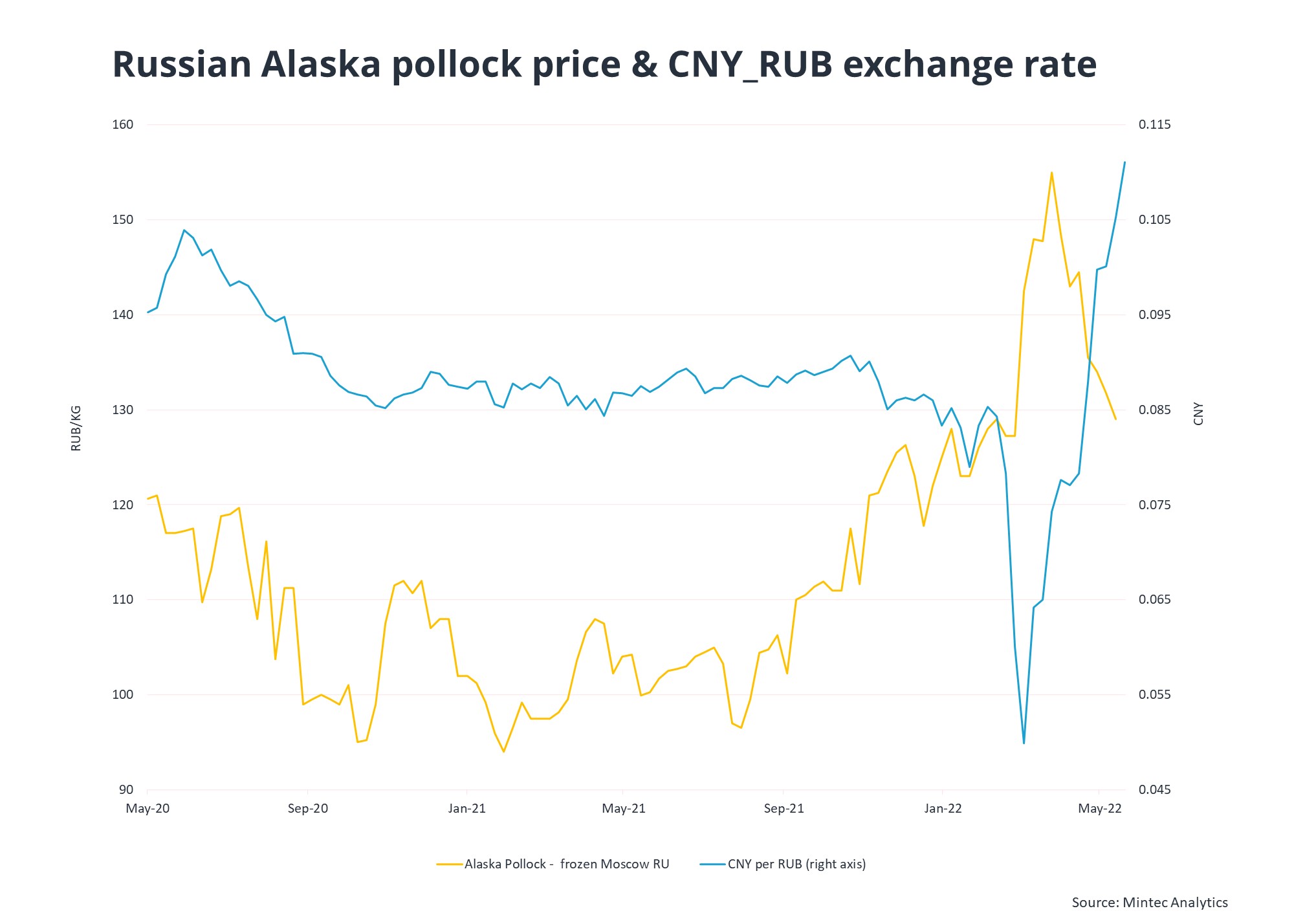