Since salmon prices averaged USD 9.70/kg in May 2022, the highest monthly average price since Mintec started tracking the series in January 2012, the price of Chilean farmed Atlantic salmon (10-12 Ibs, FOB Chile) fell sharply by USD 1.45/kg (-14.9%) m-o-m in June. This reflected logistical issues pertaining to Chilean exports to Brazil, a key consumption market, prompting a larger proportion of Chilean salmon to be diverted to the North American market, consequently causing a surplus of raw material in the US, and weighing on FOB Chile prices. The strength of the USD against the BRL also dissuaded Brazilian traders to import salmon products re-exported from the US.

However, the Chilean FOB price increased marginally, by USD 0.06/kg (+0.7%) m-o-m, in July 2022, as the transportation issues began to ease, which provided an outlet for the surplus raw material. There were also reports of several sizeable shipments of frozen whole salmon arriving in East Asia from Latin America in July, although the Chinese market remains subdued, as the country continues to grapple with COVID-19 by enforcing strict lockdown measures across major port cities. Market stakeholders increasingly anticipate Chilean exporters facing some demand destruction in the US, its largest salmon market, during the reminder of Q3 2022, due to US buyers holding sizeable frozen inventories, which may provide at least three-months’ worth of coverage.

Moreover, the cost-of-living crisis, caused by the inflationary squeeze on disposable incomes, is leading many consumers in the US to forgo salmon for relatively cheaper sources of animal protein, such as poultry and canned tuna. In the absence of viable alternative export markets, the Chilean farmed Atlantic salmon industry is expected to enter a bearish phase that could last until late Q4-2022, which would typically be the time when Chinese buyers would look to secure cargoes for the Lunar Year celebrations in Q1 2023. However, this also depends on the COVID-19 situation in China and the accessibility of foreign freight into Chinese ports.

Click here to see other commodity prices for fish and seafood 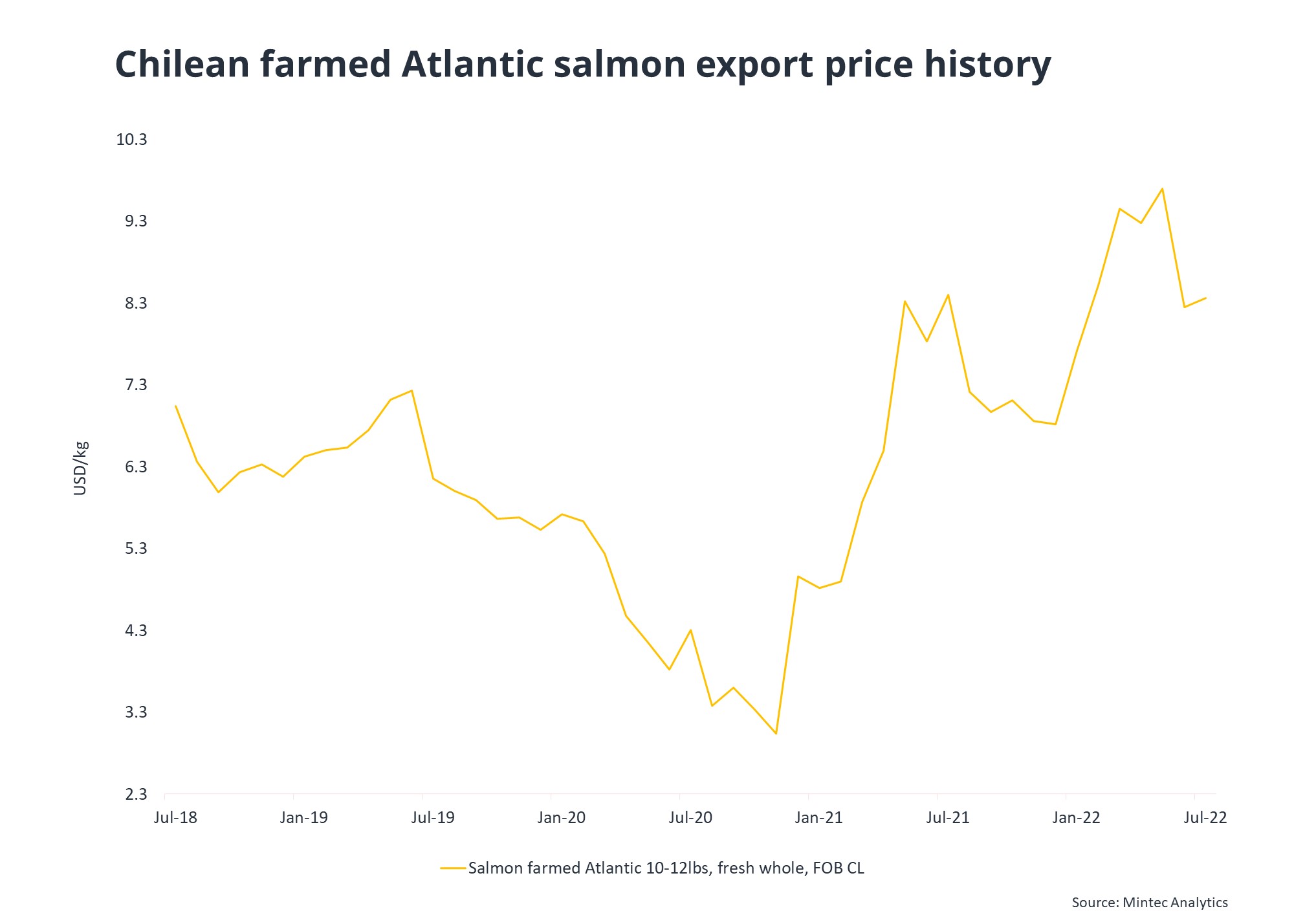