Adverse weather conditions have affected the potato crop both in the US and the EU. The cold weather that hit US growers has devastated the crop, where approximately a quarter of the potato area has been abandoned. More than 20,000 hectares out of 390,000 hectares are estimated to have been lost due to the frosts. As a result, the US is expected to have its smallest crop of 16.5m tonnes, down 13% y-o-y in 2019/20. As a result, Mintec US potato prices have increased 24% m-o-m and 54% y-o-y in second week of November.

Furthermore, as per the initial estimates from North-Western European Potato Growers (NEPG), potato production in the EU is anticipated to increase by 10% y-o-y in 2019/20. However, the last few months of the European potato growing season has been challenging, with sweltering summer temperatures and then a wet harvest. Heavy rain over the previous few weeks has deepened the flooding crisis and is likely to lead to more potatoes being stranded in the ground in countries such as the UK, Belgium and the Netherlands. As a result, Mintec UK potato prices have climbed 9% m-o-m in the second week of November (reaching £157.66/MT) despite estimates of increased production. Additionally, the prices in the Netherlands have risen by 10% m-o-m in first week of November. 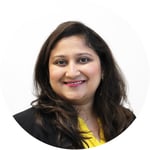