The Ugandan Coffee Development Authority (UCDA)reported robust trade with Italy through May and June, as lockdown measures gradually ease through Europe, the region that  typically accounts for around 80% of Ugandan coffee exports.

Uganda, Africa’s second-largest coffee producer after Kenya, reported a 30% y-o-y decline in coffee exports in Q1 2020, as Europe entered widespread lockdowns and demand for coffee slowed. Italy began to relax social restrictions from mid-May, resulting in higher coffee consumption, particularly in cafes, bars and restaurants. However, Ugandan suppliers are unlikely to see any significant upturn in export prices to Europe in 2020, particularly for the Robusta variety that dominates Ugandan supply.

In June, European Robusta futures prices at the InterContinental Exchange (ICE) in London fell by 1% m-o-m  to USD 1,198/MT and current ICE Robusta prices are at the lowest recorded on average since 2006. The Robusta market has become particularly competitive over the last three years, as Brazil has ramped up low-cost production and increased global market share at the expense of smallholder farmers in Asia and Africa. The return of café culture and easing social lockdowns across Europe could fuel a short-term price spike, but the global market remains fundamentally weak due to oversupply. The US Department for Agriculture (USDA) forecasts an 18% increase in global coffee stocks over the next 12-18 months, while global consumption is expected to lag supply growth during this period, which paints a bearish price outlook to the detriment of Uganda’s coffee farmers. 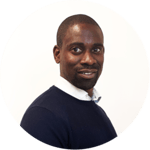