Mintec prices for UK pork climbed 35% y-o-y in the second week of September, due to the rising export demand from China, the largest destination for UK pig offal exports.

UK exports volume grew 11% y-o-y in July, the highest since July 2016. Both fresh and frozen pork account for a significant share in UK pork exports, followed by bacon and sausages with minor shares. China’s pork demand has been rising drastically after mass pig culls were carried out following the outbreak of African swine fever. Chinese pork imports from Brazil and Europe have surged in attempts to fill in the deficits in the domestic market. As a result, pork prices in China are up 75% y-o-y and 58% q-o-q in mid-September.

To restrict the price increase, the Chinese commerce ministry in early September declared to release frozen pork from the government reserves. Also, the Chinese transport ministry announced to exempt vehicles carrying chilled pig and piglets under the “green passage” policy (exemption from vehicle toll). On the international front, China is in discussion with the US with the aim of increasing pork imports and ease prices in the domestic market. Besides, China has already boosted pork imports from the US in July, the highest volumes imported in two years, and will continue to exempt pork and soyabean from additional tariffs until a negotiation meeting on October 10th. 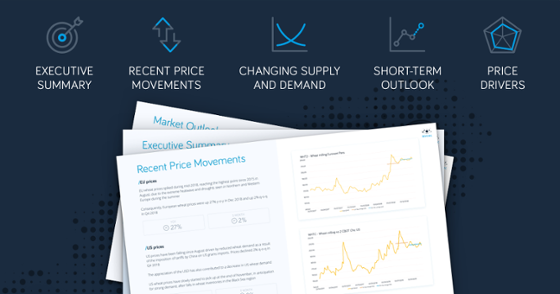