Arabica futures prices are supported by tight supply expectations from Brazil during the imminent ‘off-year’ crop harvest, amid an anticipated global demand rebound, associated with the COVID-19 vaccine rollouts and large stimulus spending. The USD has fallen by 3.5% against the BRL during the three-weeks ending 24th March 2021 and continues to present upside price potential, which is further magnified by the supply disruption caused by a large stranded container ship blocking the Suez Canal in late-March 2021. After several unsuccessful attempts to move the ship, Egypt's President Abdul Fattah al-Sisi ordered alternative methods to remedy the situation. However, the ensuing logistical pile-up resulted in more-than 300 vessels either blocked or otherwise forced into being re-routed, further delaying delivery times. The Suez is an important channel for coffee, coming into Europe from East Africa and Asia, thus any supply disruptions from producers in Vietnam, Kenya, Ethiopia, etc may raise premiums for less freight-restricted coffee sourced from Latin America. 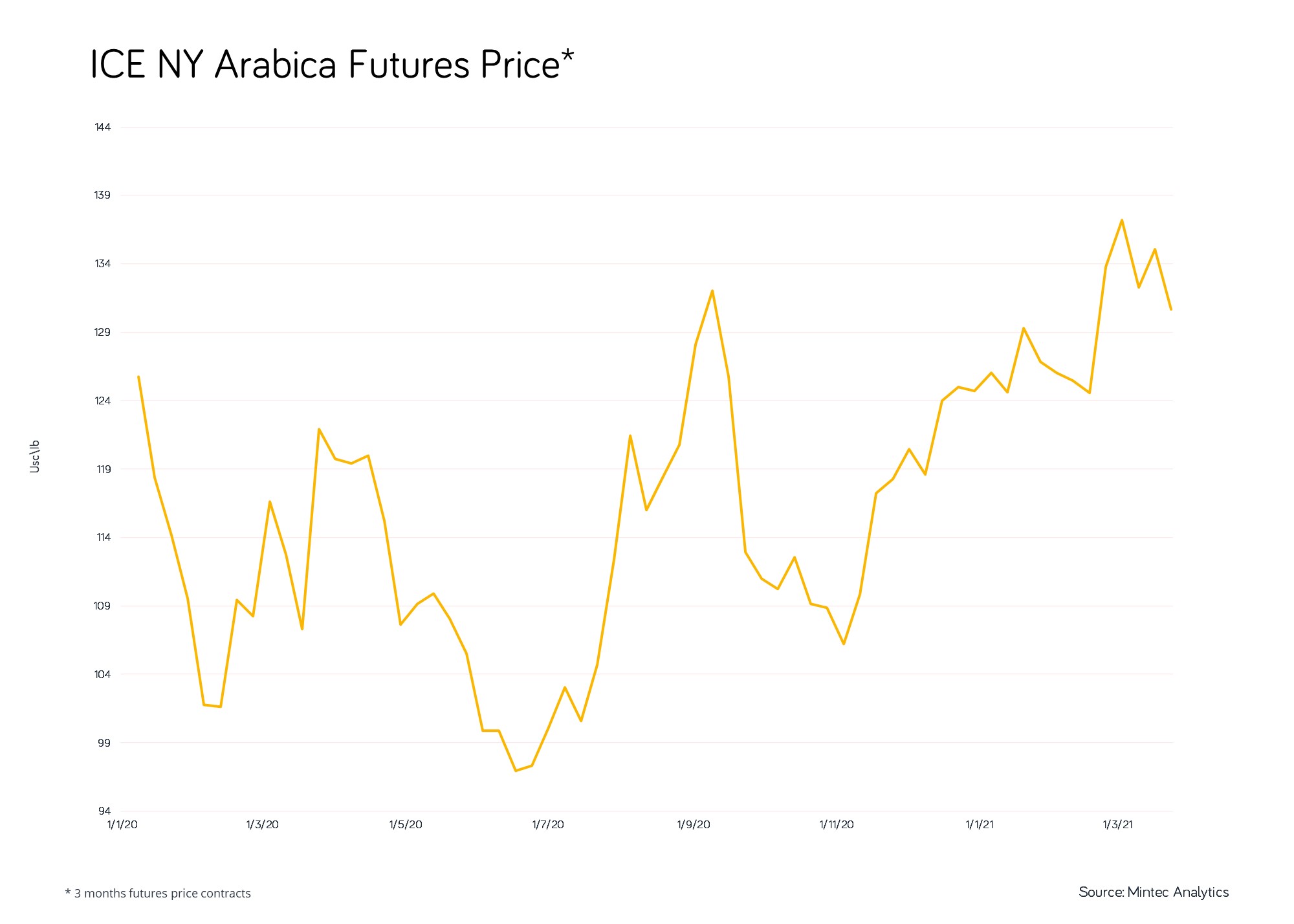