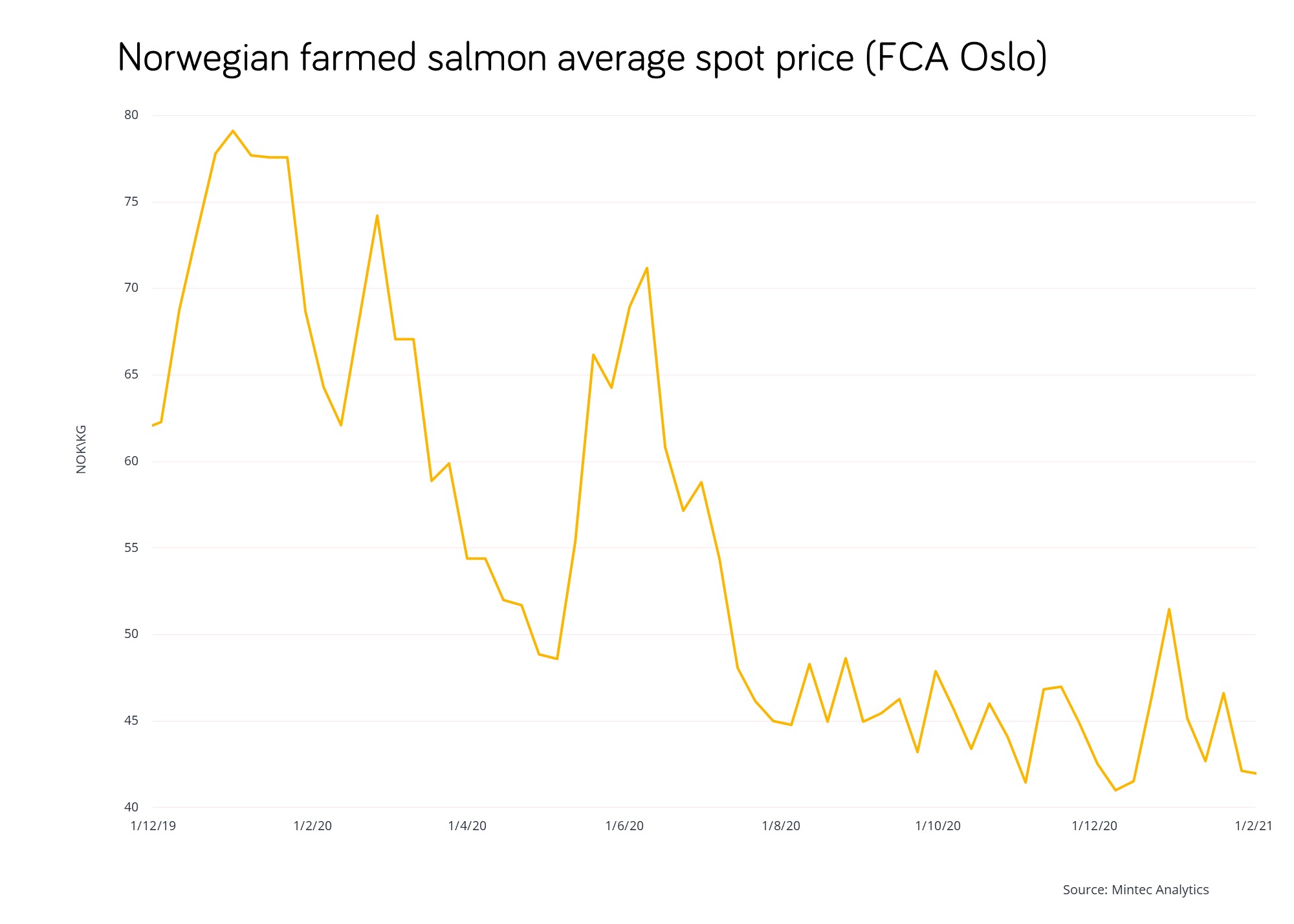 However, fundamental market weakness is reflected in the latest Norwegian spot price, which lagged the same period of the previous year by approximately NOK 13.52/kg (-21.8%). Low profitability and the hope of better prices prompted many Norwegian farmers to defer some of the 2020 harvest into 2021. Substantial feed volumes shared among a high individual fish count underpins Kontali’s estimate for Norwegian salmon biomass to increase by up to 10% year-on-year (y-o-y) in 2021 to 850,000 tonnes. However, the global market is sufficiently stocked with large-sized salmon (exceeding 6kg whole fish equivalent (wfe)) in frozen inventories. The lack of restaurant demand increases sellers’ incentives to discount larger fish against smaller, retail-friendlier sizes for home consumption.

It is unlikely to assume that COVID-19 vaccinations will be disseminated across majority populations of key western hemisphere markets before H2 2021. Thus, H1 2021 will largely be characterised by further lockdowns, amid faltering out-of-home consumption. Against this backdrop, salmon sales will primarily be driven by the retail grocery sector with limited ability to sustain higher prices above current levels.