The 2020 vanilla season officially commenced in Madagascar on 25th May with green bean harvest in the Ambanja region, amid an ongoing government decree that vanilla cannot be exported below $350/kg which continues to see the Mintec Benchmark Prices for Gourmet Grade Vanilla and Industrial Grade 1 & 2 all priced at $350/kg.

Trade sources have confirmed to Mintec that green bean prices are anticipated to fall substantially this year with average prices of around Ar40,000/kg ($10.50/kg) already being reported.  “There are also some bids in the market at Ar20,000/kg but this is not acceptable by farmers, so activity in the market is very limited,” Michel Manceau, owner of Demeter SARL said.

Despite the green bean season now open, there is considerable doubt about curing quality this early on in the year with one exporter quoting that the vanilla beans won’t be mature enough yet and that many will wait until the second or third week of June to start curing.

The 2020 crop is expected to be around 2,000 tonnes which would be 600 tonnes, or some 40% larger than the 2019 crop. The Mintec Benchmark Price for Gourmet Grade Vanilla dropped from $550/kg at the beginning of 2019 to $390/kg at the end of the year and reached a low of $310/kg in February 2020, before the minimum export price of $350/kg was implemented by the Malagasy government in February. Prices have remained at this level ever since with the organic differential also remaining unchanged at $15/kg across all Madagascan vanilla grades.

According to a field survey done by Demeter, vine stock replanting in 2019 had been exceptionally high. Typically, farmers replace around 20% of their stock each year due to wear and tear but Demeter’s latest figures show that as much as 85% of vines had been replanted in 2019. “Yields are unlikely to increase by 85% as many of these vine stocks were planted without any shade or protection by other plants leaving them prone to catch diseases,” Michel Manceau said.

In order to control the country’s vanilla quality and prohibit exporters from shipping unripe product from the island, Madagascar normally implements an export ban for several months starting from 1st June. Typically, however, exporters can still ship product from previous year’s harvest if their remaining stocks have been declared prior to 1st June.

This year however, the export dynamics could be very different. After initial comments in the market that no product (not even that of the 2019 harvest) would be allowed to leave the island after 31st May, it may now seem that there is a shift in tactics yet again.

“I am expecting that we will be given a period of two to four weeks where we can continue to export the 2019 crop if it was declared on time. This would still be a change to previous years but would give us some additional, valuable, time to shift our stocks,” a vanilla exporter has said.

Mintec understands that the original message of ‘no declared stocks are to leave the island past 31st May’ was largely in an attempt to support vanilla prices by spurring demand. Yet, as the export ban deadline looms and Madagascar still sees between 250-350 tonnes of vanilla left on the island, government officials are trying to find a way to give exporters more time to secure interest. 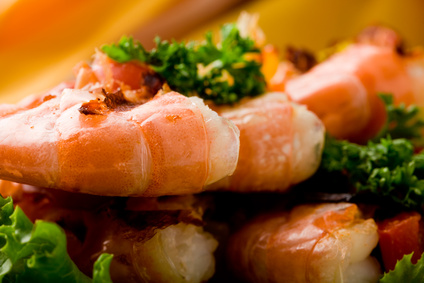