Mintec’s ex-farm price of Indian whiteleg prawns (60-count per kg) declined by INR 70/kg (-17.5%) to INR 330/kg during the four-weeks to 23rd March 2022, due to robust supply against subdued demand. The Indian prawn price had previously peaked at INR 400/kg in mid-February 2022, which was the first time this point had been reached since March 2014, gaining firm support from soaring costs of feed, energy and labour. However, the war between Russia and Ukraine, which commenced in late-February 2022, coincided with the decline in Indian prawn prices.

Attractive prices have underlined strong incentives for Indian prawn farmers to improve productivity and output in 2022. Indeed, Indian hatcheries imported 148,950 individual broodstock (mature prawns used for breeding purposes) between Oct ‘21-Feb ‘22, which was roughly 40,000 higher y-o-y. Indian whiteleg prawn production in 2022 is anticipated to return to the levels recorded before the COVID-19 pandemic. Thus, Indian prawn prices are likely to remain subdued through most of Q2 2022, with procurement decisions delayed, with buyers content to wait for further discounts. 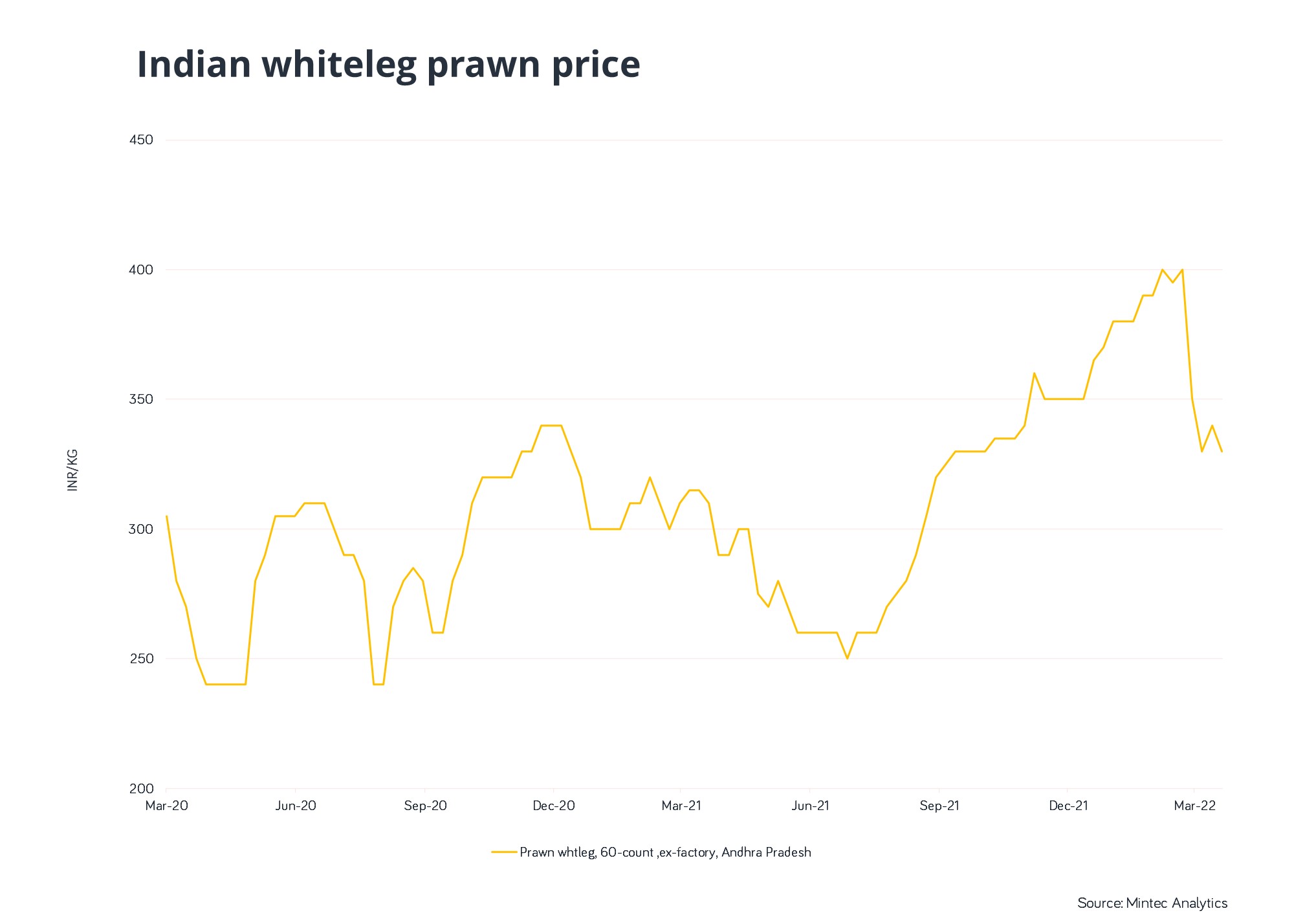