The monthly average tea price at the Calcutta auction, India, fell to a 21-month low of USc 199/kg in February 2022, attributed to robust supply, in addition to several reports of unusually poor quality of the Indian teas, when compared with previous years.

Tight supply and logistical bottlenecks weighed on Indian tea exports, which contracted by 14,220 tonnes (-6.8%) y-o-y to 195,500 tonnes in 2021. Shipments to Russia, India’s largest export market, fell by 3,460 tonnes (-9.2%) y-o-y to 34,000 tonnes, while trade with Iran and China also weakened during this period, based on the factors mentioned. However, this was partially offset through higher exports to Europe and the US. Competitive prices and resurgent demand are anticipated to support firm Indian tea exports through CY 2022. 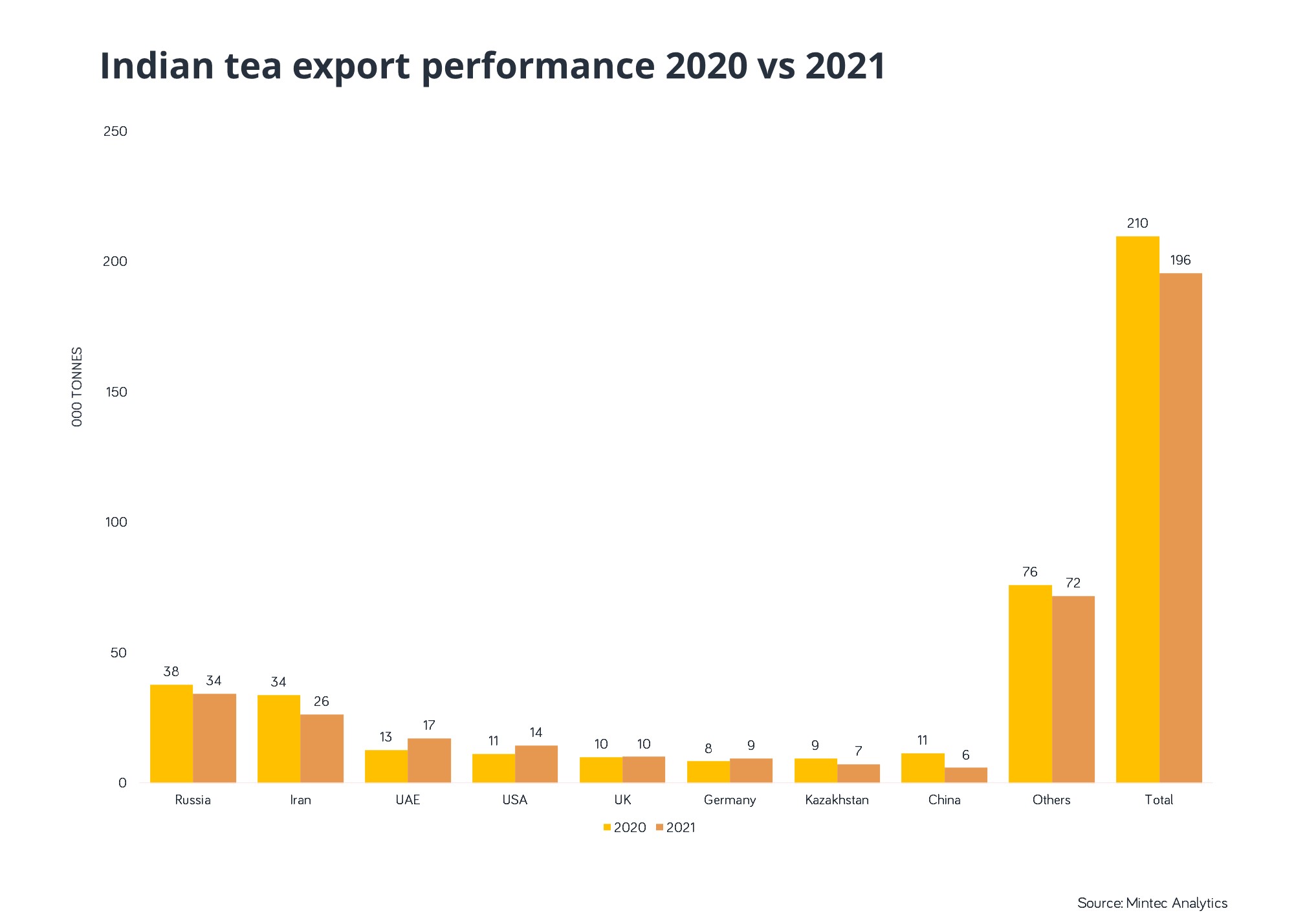 However, the Ukraine-Russia conflict presents some uncertainty regarding the pace of Russian tea imports during the months ahead. On one hand, a lengthy war may lead to Russia stockpiling Indian tea, as a key staple household beverage. Conversely, increasing levels of international sanctions, trade disruptions and economic turmoil have the potential to significantly disrupt Russian demand.