India’s sesame seed production has been adversely affected by heavy rainfall this year, especially in the latter part of the monsoon season. The Southwest Monsoon started late, causing concerns among farmers about a prolonged drought, especially in the northern and southern parts of the country. However, heavy precipitation from August onwards has led to some localised floods, damaging a number of other crops as well.

The crop has been severely damaged in key growing areas of Uttar Pradesh, with the overall production in India currently estimated at around 200,000 tonnes, down from the initial expectation of 500,000 tonnes. 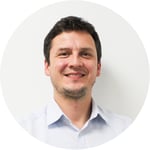