Arabica futures prices at the InterContinental Exchange (ICE) New York continued to rally into the third week of November, according to Mintec Analytics data. The benchmark climbed to USc 118.75/Ib on 18th November, gaining USc 13.10/Ib (+12.7%) over the preceding two-week period. The bullish sentiment is supported by supply disruptions in Central America, where Hurricane Iota battered Honduras and Nicaragua just weeks after Hurricane Eta swept through the region. While the crop impact of the latter storm was said to be minimal, Iota reportedly caused more damage in the coffee-growing heartlands, which should become more evident in the coming weeks. Honduran washed Arabica is typically the main variety sold into the ICE NY, which supports the price uptick.

Adverse conditions in Brazil provide further price support, as pervasive aridity and lack of rain undermine development of the 2021 crop. Brazil, the world’s top coffee producer and exporter, exerts a strong influence on the NY price, despite having little presence on the ICE. The strength of the BRL is another bullish factor, climbing 8% against the greenback in the three-weeks ending 18th November, leading to higher-priced USD-denominated Brazilian exports.

However, non-certified stocks, which comprise a large chunk of the traded market, are said to be relatively full, implying that buyers are likely to slow activity in the months ahead, particularly if the USD continues to weaken. Thus, a lengthy near-term rally is not expected. 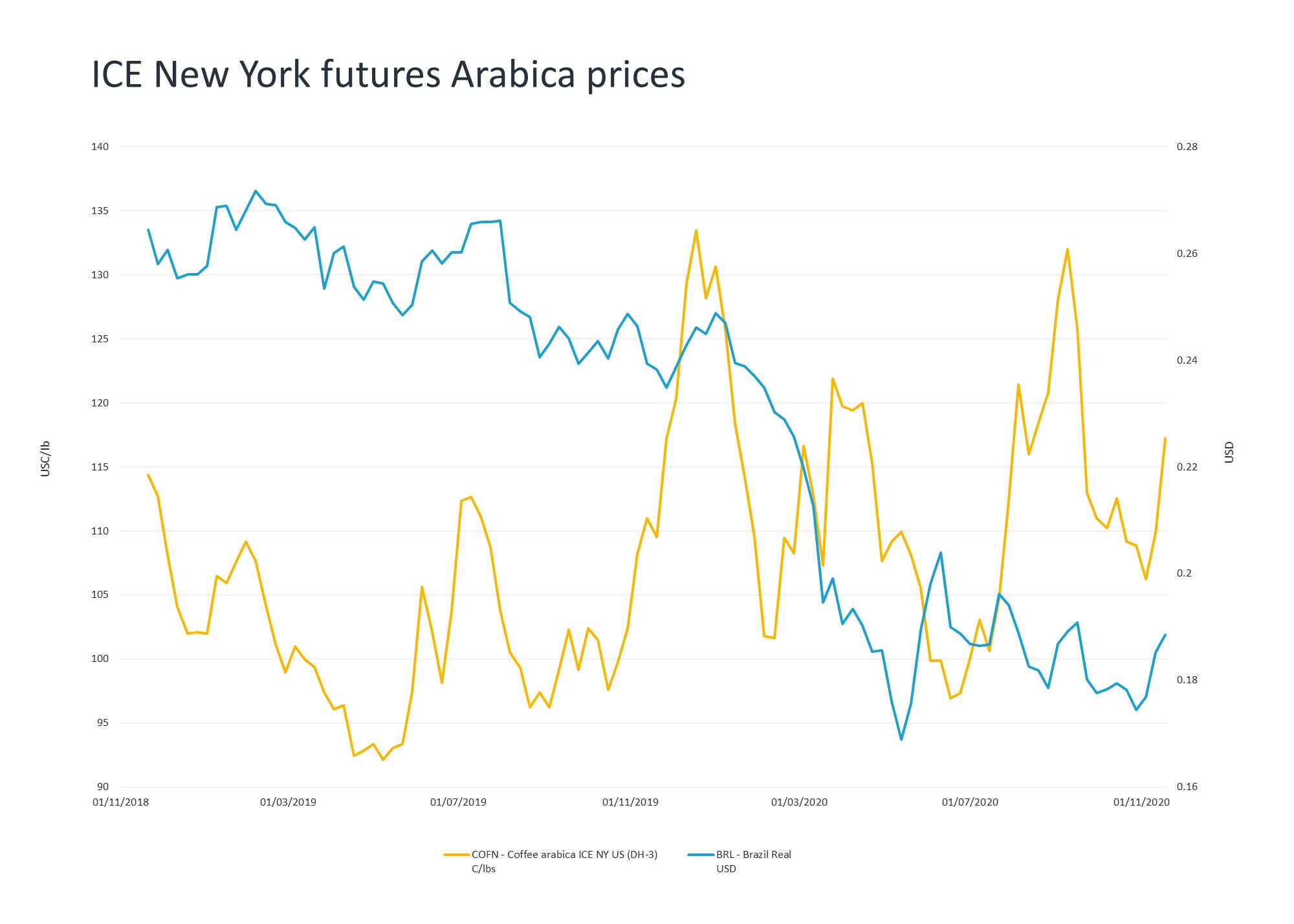