On the other hand, Brazil is expected to produce a record high volume of cotton in 2018/19. Consequently, Brazilian cotton production was revised even higher in February – up 4% m-o-m and 24% y-o-y. In addition, the Brazilian cotton market is currently benefiting from strong demand from China, as high Chinese tariffs on US cotton made Brazilian cotton a more attractive alternative. China’s import of cotton is forecast up 31% y-o-y in 2018/19, with numbers revised up to almost 8m tonnes from 7m tonnes in December, despite an increase in domestic production. The January Mintec price for Brazilian cotton is up 5% y-o-y. 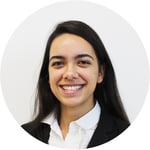