Prices of arabica coffee on the global market continued to slide down in August 2019, aggravating the bearish trend seen since mid-July 2019. New-York Intercontinental Exchange (ICE) prices decreased by 2% m-o-m, driven by large exports of coffee beans from Brazil. According to the International Coffee Organisation, Brazil’s coffee beans exports increased by 10% y-o-y to 109.4m bags (60kg), from the beginning of October 2018 to the end of July 2019. Brazilian coffee bean producers were encouraged to sell their output in foreign markets in July and August 2019, as the Brazilian real depreciated against the dollar to almost 1-year record low. Additionally, favourable weather conditions have added further downward pressure on global arabica prices.

London ICE robusta prices equally tracked a bearish trend in August 2019, although decreasing less than the arabica prices. Prices of robusta coffee declined by 1% m-o-m, mainly driven by ample supplies from South American countries. A further decline in prices has been prevented, following a poor crop in Vietnam. According to Vietnam's General Department of Customs, coffee exports in August 2019 decreased by more than 20% compared to August 2018, tightening robusta supplies on the global market. 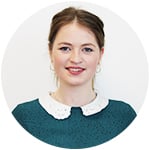