High rainfall across India’s key tea-producing region supported robust output during the start of the 2021 harvest season. The Assam region of North India, responsible for approximately half of annual Indian tea output, produced 20.27 million kgs during Q1 2021, according to the Indian Tea Board, representing a 12.24 million kgs (+66%) year-on-year (y-o-y) increase. There were fears that localised drought could reduce the lucrative ‘first flush’ harvest by 10-15% y-o-y, but torrential rains from mid-March 2021 helped alleviate these concerns.

However, quality concerns and freight disruptions caused by surging COVID-19 cases weighed heavily on regional tea exports, which fell provisionally by 4.69 million bags (-16.5%) to 23.6 million bags in Q1 2021, according to market sources. The logistical bottlenecks contributed to surging leaf prices at the Assam auction, which increased by INR 54.74/kg (+61%) y-o-y in March 2021 to INR 144.18/kg. 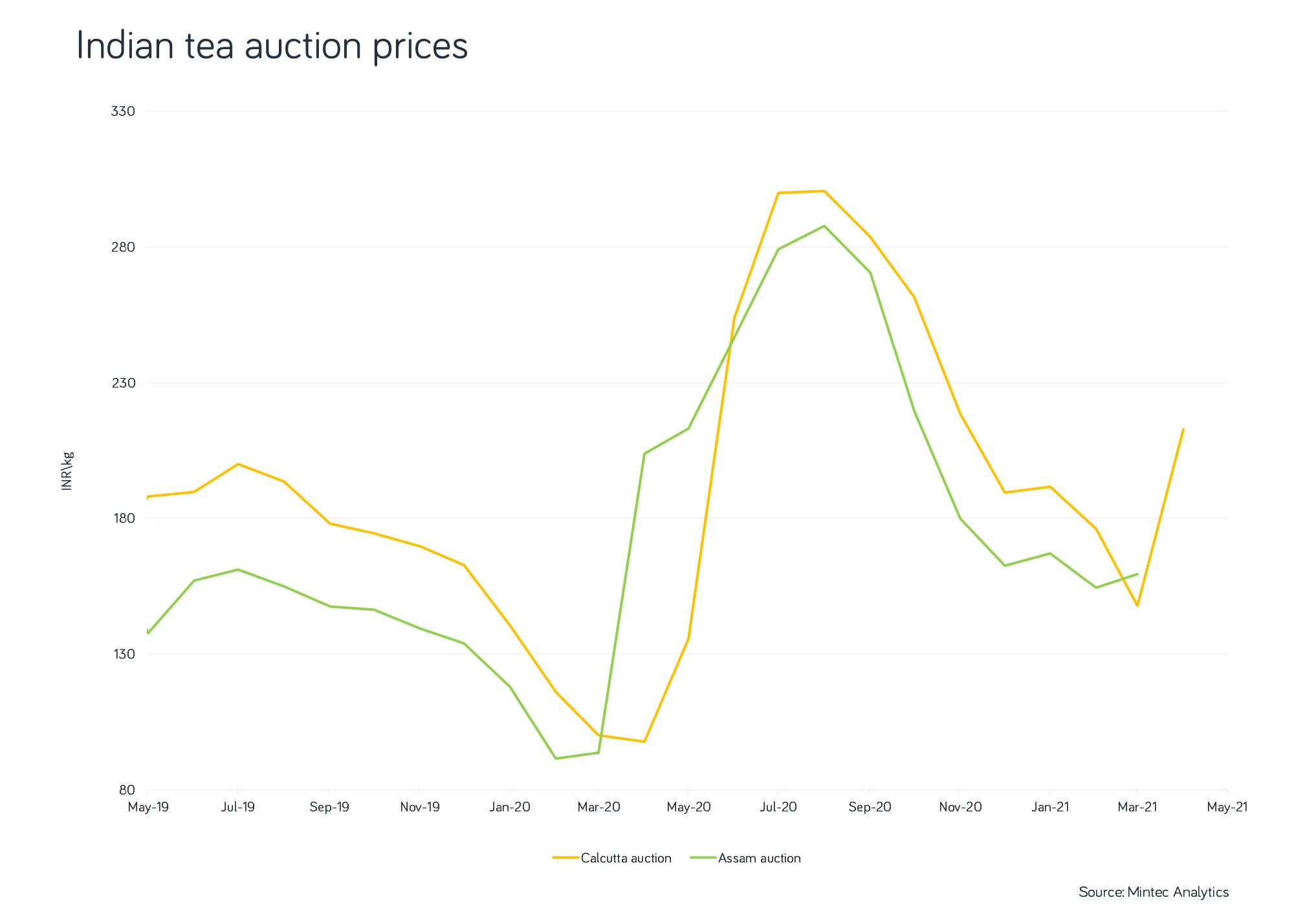 COVID-19 remains a pertinent threat to Indian tea supply through the second flush harvest beginning in May. The number of new confirmed daily cases peaked around 400,000 by late-April 2021, from under 20,000 on average during the first two months of 2021, reflecting more relaxed safety protocols. Indian tea harvesting is heavily dependent on manual labour, which will be impacted by high infection rates. The Indian Tea Board is yet to release production and export figures for April and May 2021, although cumulative output for these months is expected to fall by 10-15% y-o-y, according to local stakeholders. This is supported by Mintec data showing average tea prices at India’s Calcutta tea auction increasing by 101% y-o-y and 42% month-on-month in April 2021.