The monthly average price of frozen haddock delivered cost and freight (CFR) to Chinese ports has maintained a consistent level of USD 4,200/MT through the 2022 year-to-date (to 24th March 2022), ending the prolonged rally of the previous twelve-months. However, the delivered price continues to trend around eight-year high levels with further inflationary potential likely over the coming months.

Previously, the Chinese haddock import price increased by 50% during the year ending 31st January 2022, showing consistent upward movement during this period. A key driver was China’s ban on Russian seafood, implemented in early-2021, as the Chinese government enacted strict measures to contain the spread of COVID-19; traces of the virus had been detected on inbound Russian fish and shellfish containers at Chinese ports. China, a key haddock processer and exporter, responsible for approximately 30% of global trade, typically sources around one-half of its frozen haddock raw material from Russia. Thus, the ban on imported Russian haddock required China to source greater quantities from Norway. However, a combination of tight Norwegian production, dwindling frozen inventories, resurgent European demand and surging costs of fuel and labour, contributed to high prices of Norwegian haddock imported into China.

China relaxed the sanctions on Russian haddock imports in January 2022, alleviating the supply pressures evident during the previous calendar year, which was reflected in the CFR China price levelling off through Q1 2022 to-date. However, the Ukraine-Russia conflict presents some uncertainty regarding the potential implications for Russian haddock trade during the months ahead. The US and the UK banned Russian seafood imports in March 2022, while the respective governments are also expected to extend the sanctions to processed Chinese haddock of Russian origin. This raises the likelihood of European haddock filling some of the gap left by Russian haddock exports, presenting further upside price potential for Chinese haddock imports. This is magnified in light of surging fuel costs for seaborne freight and logistical bottlenecks in many Asian ports. 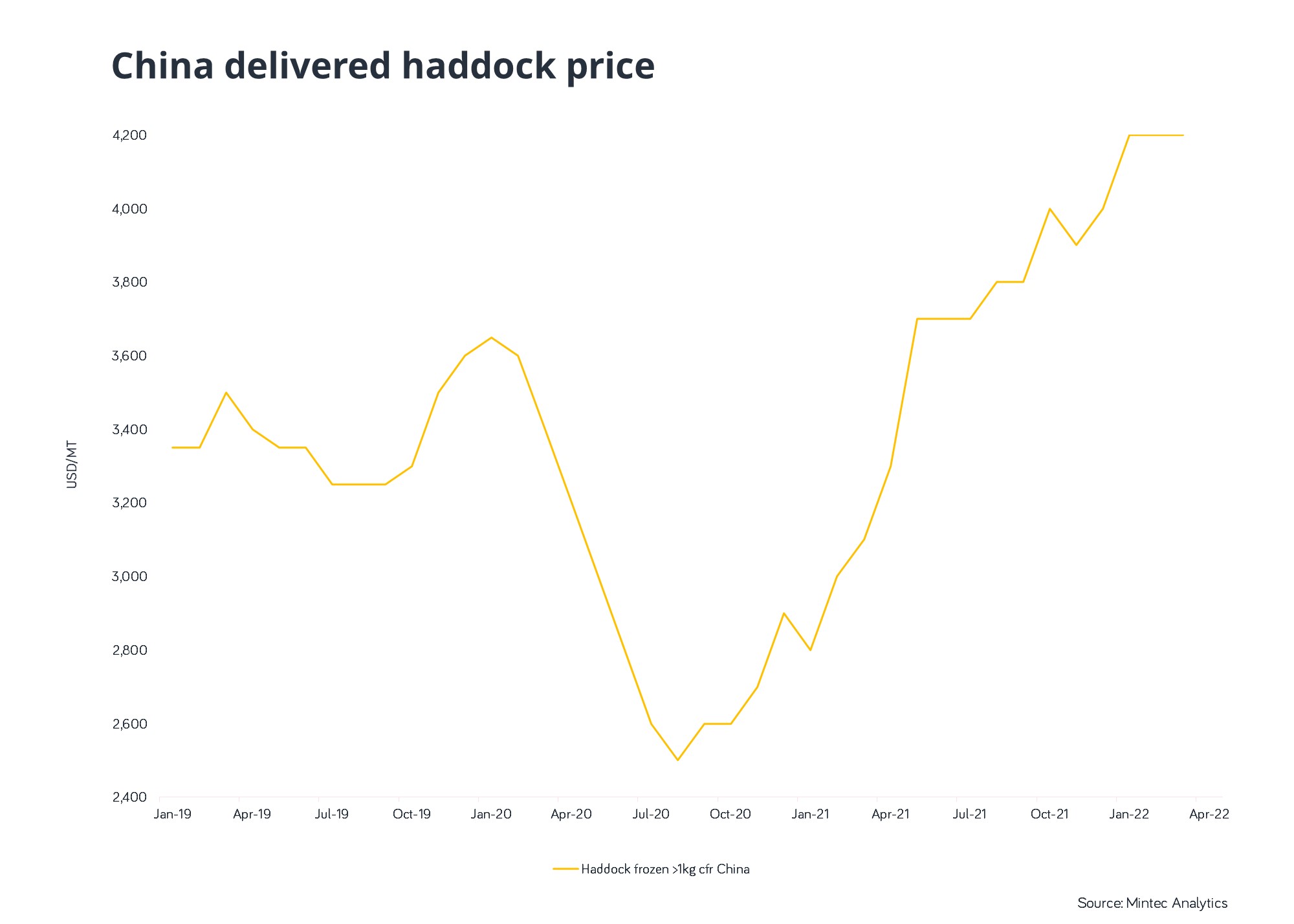