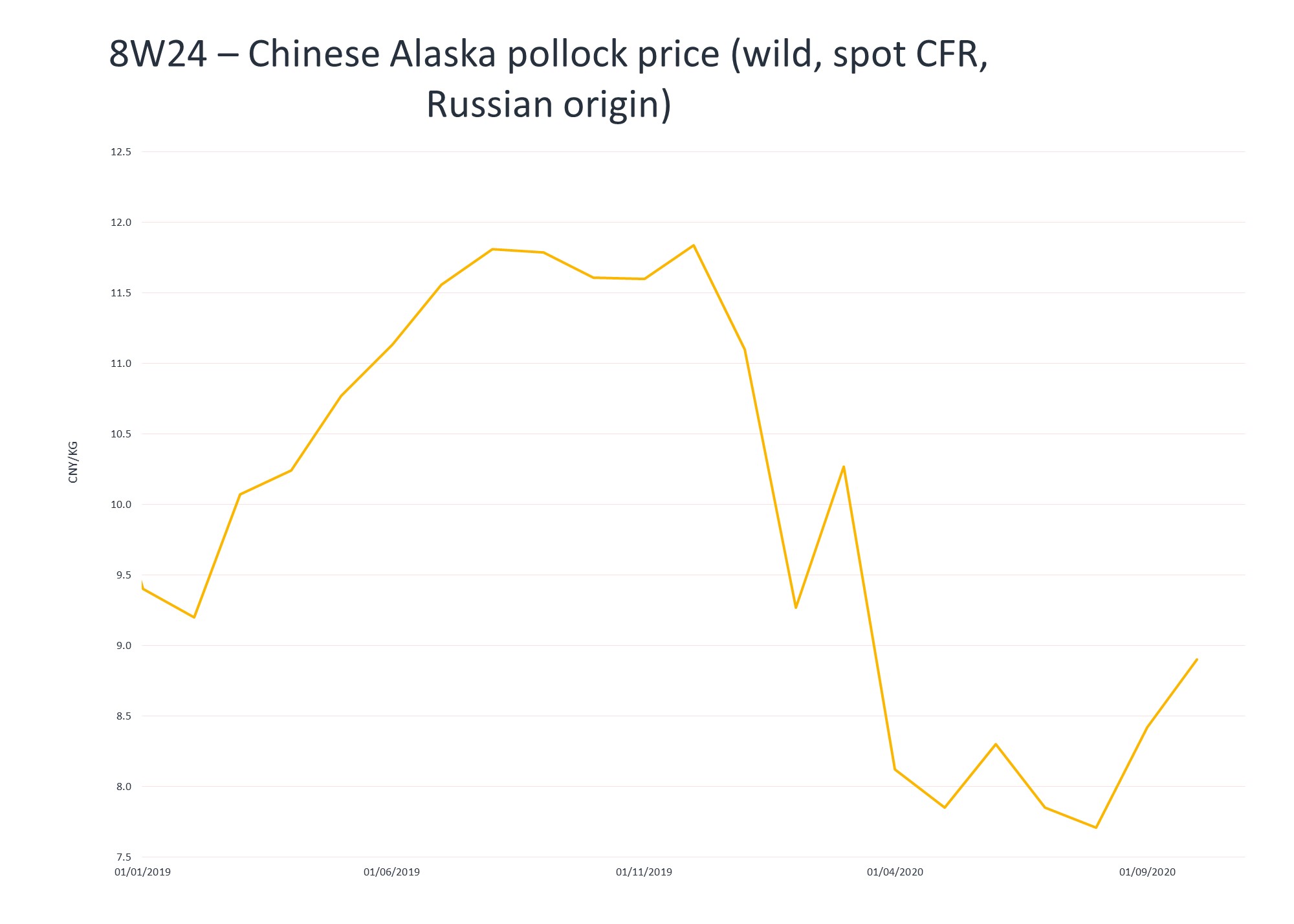 Since flooring at CNY 7.71/kg cost and freight (CFR) in August 2020, Chinese import prices of Russian-caught Alaska pollock increased by 15% to CNY 8.90/kg CFR in October 2020, representing a seven-month high. Growing trade tensions with Russia, is supporting the nascent rally. China, the first country to implement a COVID-19 national lockdown in January 2020, is the world’s top Alaska pollock importer, processor and re-exporter, while Russia is the major global supplier of the species. Chinese demand for Alaska pollock fell by 16% year-on-year (y-o-y) during the first six-months of 2020, due to demand destruction attributable to the global pandemic. Meanwhile, Russia harvested 1.4 million tonnes of the fish during the first seven-months of 2020, representing 7% y-o-y growth. Comparatively weak Chinese demand against plentiful Russian supply weighed heavily on prices, which fell by 29% to CNY 7.85/kg CFR during the same period.

However, a fledgling trade war between Russia and China, its major pollock export market, provides a bullish backdrop. China has restricted the import and transportation of Russian seafood at Qingdao terminal, due to port workers tested positive for COVID-19 after unloading Russian fish. China also placed restrictions on four Russian companies after traces of the virus were reportedly detected on outer packaging. The shrinking pool of Russian suppliers to China increases the pricing power of the remaining Russian suppliers, given that China is unable to fulfil its pollock consumption needs from the rest of the world. As such, firm price movements are expected through the remainder of Q4 2020.