UK food and commodities supply chains are facing shortages due to a lack of domestic truck drivers and slowing deliveries from the EU. The situation was reported by the Financial Times in early-May 2021, and has since escalated, with the UK’s Road Haulage Association (RHA) citing ‘a freight and haulage crisis’ two months later. Some of the driver shortages are attributed to the COVID-19 pandemic, particularly among Eastern European drivers that work extensively in the UK; many returned home during the initial wave of the virus in Q1 2020 and are yet to return, thus lessening the pool of availability. The pandemic has also fuelled net driver outflows with those leaving the trucking industry insufficiently replaced. The UK alone has cancelled approximately 28,000

HGV driver tests during the last 18-months, according to the RHA, and the dynamic is replicated across much of Europe.Brexit is also a factor interrupting trade between the UK and mainland Europe, particularly regarding delayed UK imports from EU members. UK hauliers are becoming increasingly reluctant to send trucks to the EU because the trucks cannot be filled for the return journey, doubling the cost to haulage companies, also known as ‘deadhead’ mileage. Consequently, the UK faces high inventories of food commodities that are typically exported to Europe, including salmon

Indeed, the Mintec price of an average-sized UK-farmed Atlantic Salmon fell by GBP 0.62/kg (-10.3%) m-o-m in June 2021 to GBP 5.40/kg and descended to GBP 5.10/kg by mid-July. Conversely, the average price of fresh mozzarella imported into the UK from the EU increased by GBP 40.7/100kg (+13.3%) m-o-m, to GBP 347/100kg in June, reflecting the import delays. These themes are likely to continue playing out through H2 2021, with supply chain inefficiency increasingly manifested through price volatility. 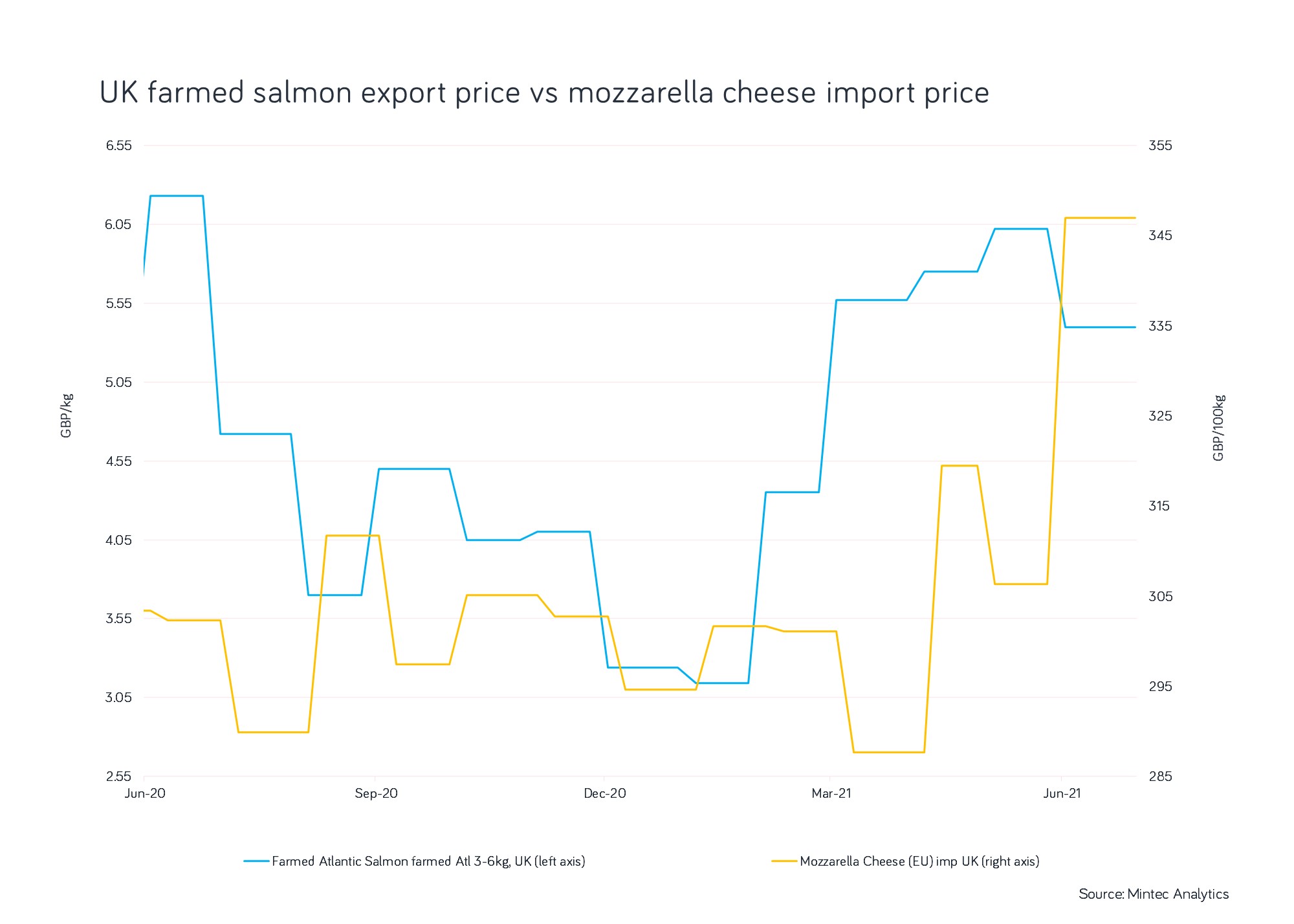