Sugar mills in Mato Grosso do Sul, Brazil’s fourth-largest sugar-producing state, have so far crushed 32 million tonnes of sugarcane in the current 2020/21 marketing year (MY), representing an 8% year-on-year (y-o-y) contraction. The slowdown is attributed to the COVID-19 pandemic effects on harvesting, storage and transportation. However, slower crushing pace is being offset by higher sugar content, with total recoverable sugars (TRS) per tonne of sugarcane increasing by 5% during the period, to 140.8 kg/MT, providing 4.5 million tonnes of sugar.

The demand dampening effects of the COVID-19 pandemic are weighing heavily on global sugar demand. Major retail outlets have reported confectionary sales plummeting y-o-y in 2020, as cash-constrained consumers curb impulse buying and spending on treats. Similarly, tourist demand for sweet souvenirs has suffered acutely. Furthermore, weak fuel and energy prices in the current MY are supporting a shift among Brazilian sugar mills away from ethanol manufacture towards sugar production.

Notwithstanding, Brazilian sugar output has so far found destination markets, with exports rising 70% y-o-y in the first four months of the crop season, according to Conab. A persistently weak currency has been a key factor supporting Brazilian exports. On 1st October 2020, Mintec data showed the BRL traded at USD 0.178, which is the lowest level ever recorded. Brazilian sugar exports therefore become increasingly competitive on the global market. The firm supply outlook against BRL weakness underlines bearish price potential for USD-denominated Brazilian sugar exports in Q4 2020. 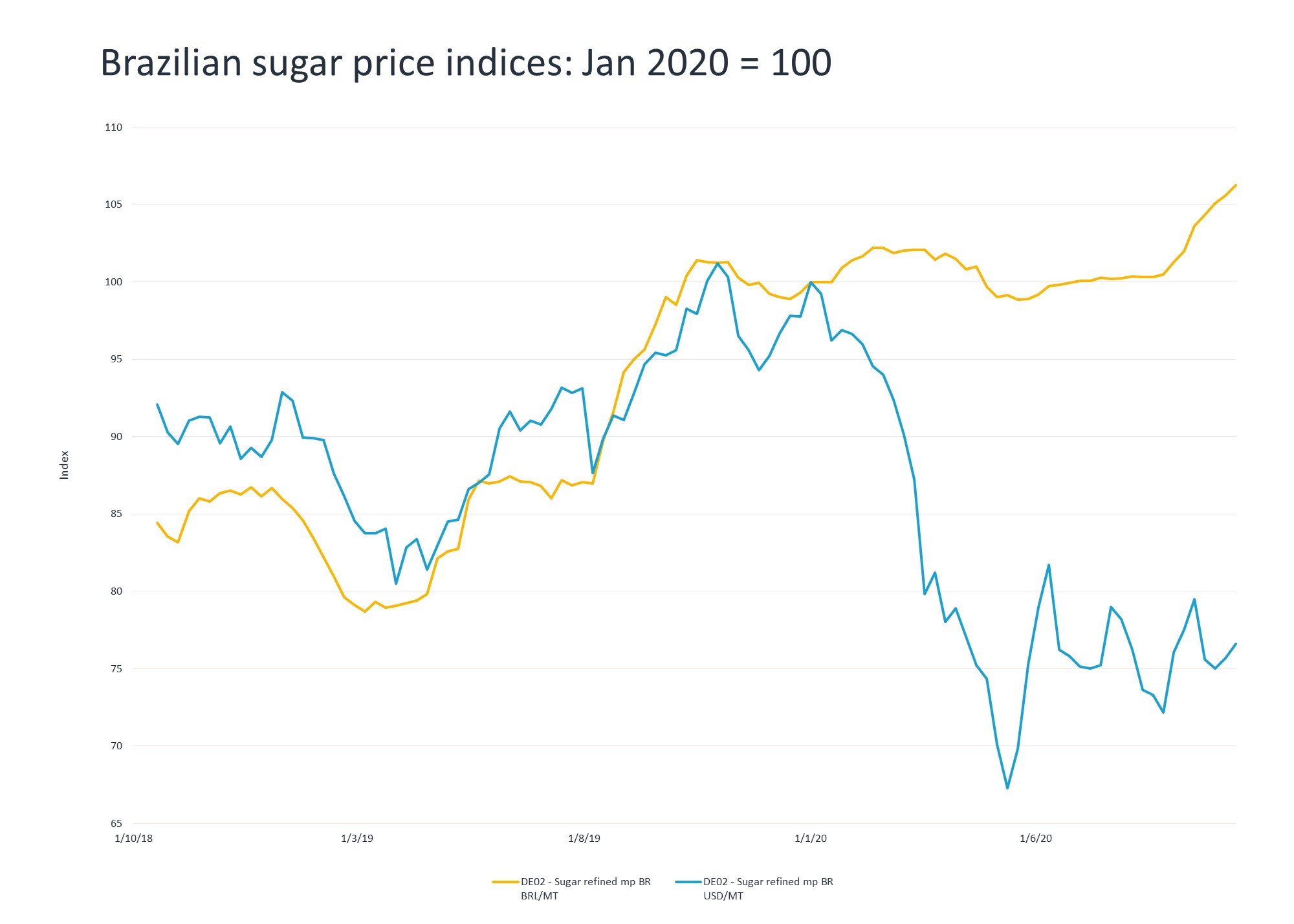