In December, Argentina’s new government hiked export taxes on a number of products, raising levies to 30% for soyabeans and soya products, from 25% previously, and to 12% from 7% previously for wheat and maize. Among other products, taxes have been also raised for legumes, rice or beef.

The government is seeking to raise the taxes further through an emergency bill which was sent to congress in December. This new bill would give the government authority to raise export taxes to 33% for soyabeans and soya products and 15% for other commodities.

The taxes have been raised to fund Argentina’s large public debt and new spending under the new president Alberto Fernandez. In December, government officials stated that the country was prepared to renegotiate about USD 100 billion in debt with bondholders and other creditors, including loans from the IMF (International Monetary Fund). At the same time, the government decided to postpone the payments on short-term debt known as ‘Letes’ until 31st August 2020.

The Argentine peso weakened slightly in response to the delayed debt payments. The currency has been falling throughout the year, currently down 37% y-o-y against the USD, affected by the unstable financial environment in Argentina.

In August, the peso weakened substantially after Mauricio Macri, Argentina’s former president, suffered an unexpected defeat in a primary election. 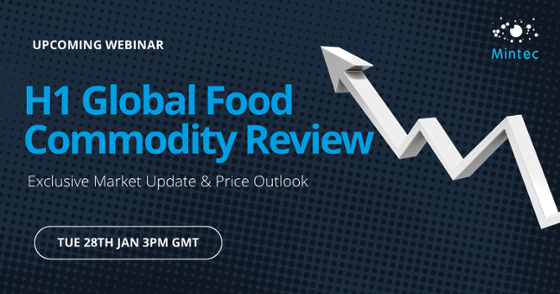