The ICE NY Arabica futures price (three-month ahead) fell by USc 7.33/Ib (-3.8%) to a three-week low of USc 187.02/Ib during the two weeks ending 15th September 2021. The latest dip continues the downward momentum that has been largely evident since the NY price breached the USc 200/Ib resistance level to peak at a seven-year high in late July 2021.

The most notable factor to weigh on arabica prices relates to an improved weather outlool after meteorologists predicted heavy rain in the state of Minas Gerais, one of Brazil’s arabica heartlands. The prospect of rain is timely, as the region has suffered both pervasive droughts, in addition to detrimental frosts over the last twelve months. These added significant stress to the coffee trees during the crucial development stages of current and future crops. However, there are mixed opinions among market participants regarding the efficacy of rainfall on their crop yields. Many observers believe that the effects of the previous inclement weather have caused irreversible damage to the trees, and some farmers are moving towards alternative crops, such as grains and oilseeds. 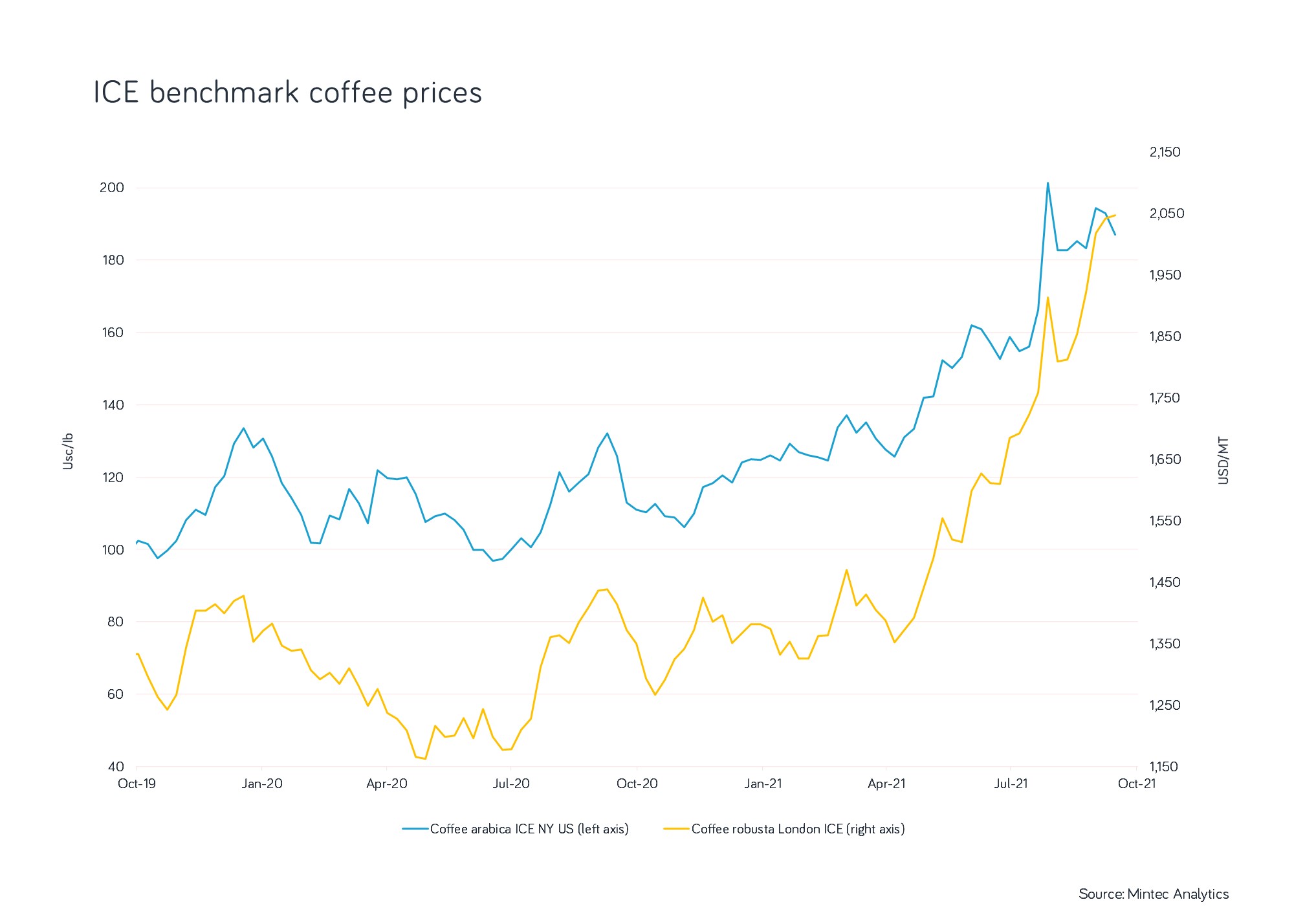